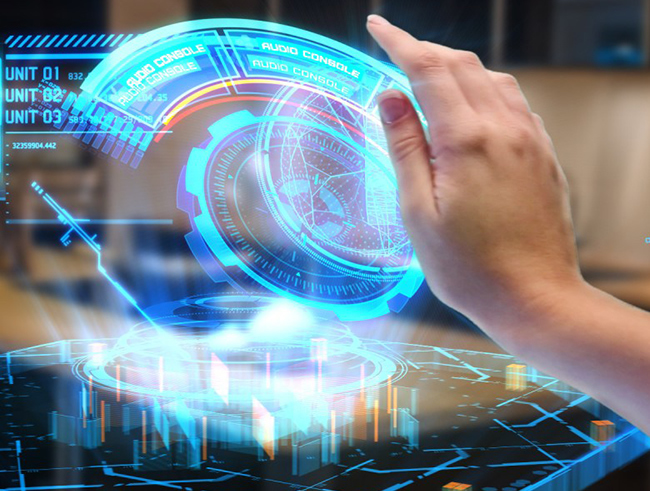 Have you ever thought where scientists and engineers get their inspiration? If you are keen on the Sci-Fi movies, then probably the answer to this question is not hard to plumb for you. Most of our gadgets came to fruition from the science fiction books and movies as this genre has always been an excellent source of inspiration for many people. Let us review the top 5 vivid examples of concepts brought into life.

Today, there is no need to reinvent the wheel as voice assistants are integrated into the most popular devices and platforms, assisting us in day-to-day activities. But several years ago one could only observe this on silver screens in the movies. The first appearance of the AI-powered voice assistant was seen in Kubrick’s 2001: The Space Odyssey, released in 1968. Then, the viewers saw a remarkable on-board computer Mother in 1979 horror Alien. The common feature of the early prototypes was that all of them acted as antagonists in the movies and went against the interests of the people. Hopefully, the modern voice assistants are anything but the threat to our society.

Apple drew ridicule when they first introduced the iPad in 2010. However, a few years later, many other manufacturers joined the digital giant after the concept of Tablet PCs got enormous popularity. The tablets emerged for the first time in Stanley Kubrick’s 2001: Space Odyssey. Tablet computers called PADD (Personal Access Display Device) were actively used by the characters of the TV series Star Trek. Today you cannot surprise anyone with a tablet, it’s a nice gadget either to surf the web or to play Casino games at Stakers.

The concept of a real-time translating tool has always bothered a lot of engineers and developers. This gadget could ease business relationships and clarify a number of issues. As in the previous examples, the prototype for such device was found in the books and movies. Murray Leinster was the first to describe it in his novel The First Touch. The Hitchhiker’s Guide to the Galaxy movie demonstrated the Babylonian fish acting as an interpreter. The fish was placed in the ear of the carrier and came into action as soon as it heard incomprehensible languages, translating unknown speech into the native language of the character. Nowadays, we have a number of solutions for live translating, such as Waverly Pilot, the in-ear headphones connected with your smartphone which are great at translating in real-time mode.

Stanley Kubrick’s Space Odyssey is considered to be the horn of plenty for the fresh digital ideas. Here we may find yet another example of the progressive mind since the videophony was first introduced to the audience in this film. Later, the concept of the videotelephony was actively used by the creators of numerous films and television series. Today, Apple FaceTime or Skype will barely surprise anyone. But for the spectators who lived in 1968, it was a real fantasy. Nowadays, videophony is used in various areas as the technology of live video broadcasting gave a broad way for the entertainment providers, e.g. at Stakers Casino they use this technology to broadcast live casino.

The most attracting topic of the Star Wars series is laser swords, isn’t it? However, the first mention of the futuristic weapons dates back to the distant 1917, when Victor Russo revealed the power of the beam weapon in his Messiah Cylinder. Then, the popular TV series Star Trek put their audience next to a thing known as “phaser”. Then followed James Bond saga. And finally, Roger Moore’s character emerged in the movie Lunar Racer with some sort of blaster, enriching the source of inspiration for the engineers all over the world. Having been drawn on the fantasy films, today, laser weapon is a common type of ammunition in the armies all over the world.