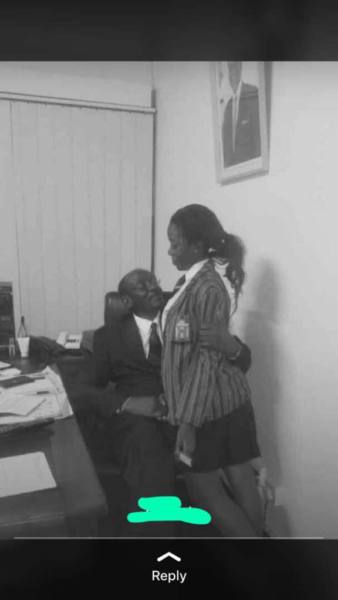 Lovejoy Aleck Manda revealed that she was a granddaughter to the VP.

There were a lot of rumors on social media over the picture , almost all of them false.

Lovejoy said she discovered her picture with her grandfather had leaked to the public domain after she uploaded it on her Whatsapp status.

“On Monday I went to see my grandfather, Vice president Kembo Mohadi with my family. 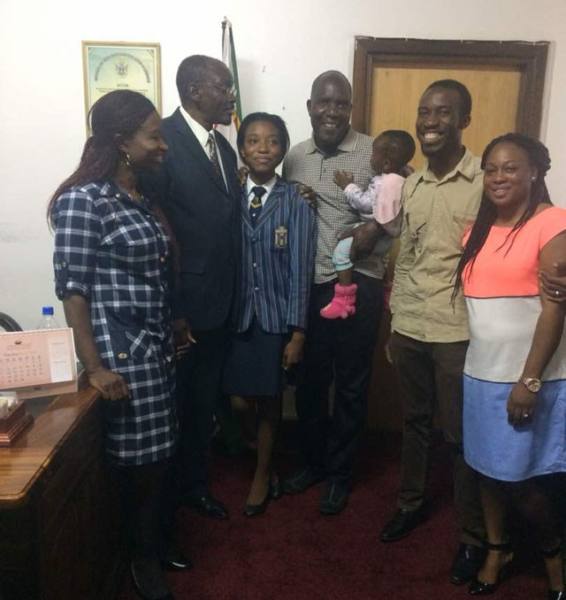 “We had a very long discussion and when we were about to leave I asked to have a picture taken with my grandfather. My mom took the picture with my phone and when i got home I uploaded it as my Whatsapp status and captioned it ‘blood’.

The person who circulated the picture had sinister moves because they downloaded it from my status and intentionally sought to make the wrong assumptions. The person is also definitely one of my contacts because my number can only be accessed by someone on my contact list.

“When i uploaded the picture I never thought it would draw attention because to me it was just a pic of me and my grand dad.

Lovejoy says she only got to know that the picture had gone viral after she was alerted by her school authorities.

“I m Upper 6 at Heritage private school and I was called by the school authorities during lessons to explain the picture.

“I explained to them how it happened and we went to call my mother to pick me up from school.

Lovejoy said she is not moved at all by the matter but finds it rather hilarious.

“I never took this seriously, I was actually laughing at the various assumptions that people were making. However I’ve learnt to use social media carefully as it can make you or break you”

“When the school authorities called me informing me about the picture I went and explained to them and also picked up my daughter. We then went to see the VP. We went to his office and when we got there we explained to him and all laughed about it,” she said.