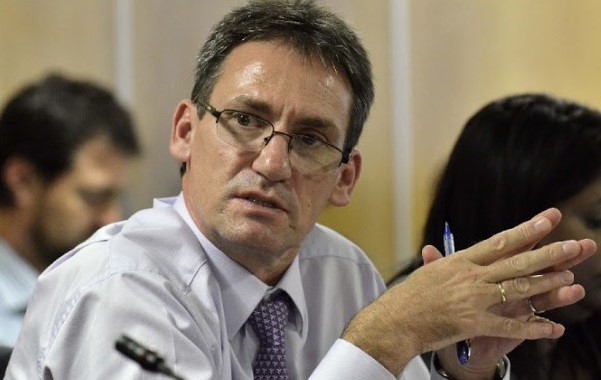 Zimbabwe must offer foreign miners a consistent legal framework, the right to keep a controlling stake in operations and a greater share of profits to encourage investment, the head of Anglo American Platinum (AMSJ.J) said.

The country, home to the world’s second largest reserves of platinum after South Africa, is pinning hopes on a recovery in its mining industry after a coup that pushed out veteran leader Robert Mugabe, whose rule saw the economy plunged into chaos.

“We are not investing in any material growth,” Chief Executive Chris Griffith told Reuters, adding that Amplats was considering investing in a small process to optimize operations, a process known as “debottlenecking”.

“But that is not betting the farm on Zimbabwe yet,” he said, adding that terms now on offer and an uncertain global outlook for platinum meant the world’s top producer of the metal had no immediate plans for major investment in Zimbabwe.

The southern African nation requires platinum and diamond companies to hand over at least 51 percent of operations to the government, a rule that had extended to the rest of the industry until it was changed last year for other metals.

Amplats, which owns the Unki platinum mine and is building a $62 million smelter, would be among major multinationals that the new mining minister, Winston Chitando, would hope to woo as the nation prepares for elections in six months.

But platinum prices are hurting those recovery prospects.

The industrial precious metal is down more than 50 percent from a record high of nearly $2,300 per ounce in 2008 due to a supply glut and shrinking demand from autocatalyst makers and jewelry buyers in China, the world’s biggest consumer.
“CHOPPING AND CHANGING”

Griffith met Zimbabwe’s Chitando to discuss issues plaguing the industry, including laws and rules on processing that he said had changed three times since work on Amplats’ new smelter started.

The Amplats CEO told the minister that constant changes made taking any investment decision difficult.

“I said (to Chitando):‘You think I will bring half a billion dollars to Zimbabwe when you guys keep chopping and changing the rules? There is no way I will do that.’”

Unki, the smallest of three platinum mines in Zimbabwe, is Amplats’ only operation outside South Africa.

The smelter under construction will produce a matte product that will be sent to the company’s refinery in South Africa.

As well as concerns about not keeping a controlling stake, miners were concerned that companies were only allowed to retain 20 percent of their foreign earnings, Griffith said.

“The market is improving all the time so as we get to that position one of the things that will be a key consideration is: does the market want the extra ounces?” he said.

Zimbabwe will impose a 15 percent penalty tax from Jan. 1, 2019 on exports of platinum producers which do not build refining facilities in the country, Chitando told a mining conference on Wednesday.

Impala Platinum (IMPJ.J), Zimbabwe’s largest platinum producer, said last year“neither the smelter nor the export levy is affordable” and could lead to the closure of its Mimosa mine.

News Muza Mpofu - 8 March 2021 0
A woman from Mahatshula North suburb in Bulawayo was arrested after allegedly biting a police officer during a raid at a house in the...

News Cynthia Goba - 8 March 2021 0
BABOONS are causing havoc in Victoria Falls where they have developed a habit of ambushing people and snatching food from them. They have become violent...

News Muza Mpofu - 8 March 2021 0
WHILE police in urban areas are battling to enforce the country’s 10pm curfew to limit the continued spread of Covid-19, the case is however...

News Muza Mpofu - 8 March 2021 0
SUNGURA musician Francis Dhaka, popularly known as Franco Slomo in music circles, has vowed to keep pushing ahead with his solo career despite the...

Meet powerful Sangoma Danger who was trained by river ancestors and stayed under water...

News Sekai Moyo - 8 March 2021 0
HIS CLIENTS call him sangoma Danger. This is because he lives in a dangerous area by the mountain just after Krugersdorp in the West Rand. And...

News Tanya Mugabe - 8 March 2021 0
SOME Zanu PF legislators have said the proposed Patriotic Bill should have clauses that impose a ban on local politicians who advocate sanctions against...

She reunited with her ex-husband soon after destroying my marriage: Man axes pregnant lover...

News Nelson Bhebhe - 8 March 2021 0
A man from Nkayi rural area, who axed his girlfriend twice on the neck leading to her death over unclear circumstances, has finally decided...

News Edmore Huni - 8 March 2021 0
FORMER First Lady Grace Mugabe and a group of her associates are coming under investigation from anti-corruption authorities following complaints that they grabbed residential...

Sports Cynthia Goba - 8 March 2021 0
THE North West Police on Sunday confirmed that a 17-year-old was arrested for the murder of Mapula “Meikie” Khune. The teenager is expected to appear...