A special kind of women’s waist beads that will make their husbands have multiple ere_ctions and literally “lock” them from sleeping with other women has invaded the market.

Most of these beads have been perceived as fashion ornaments or accolades for completing se_xual training, popularly known as chinamwari, which is common in Malawian cultures. 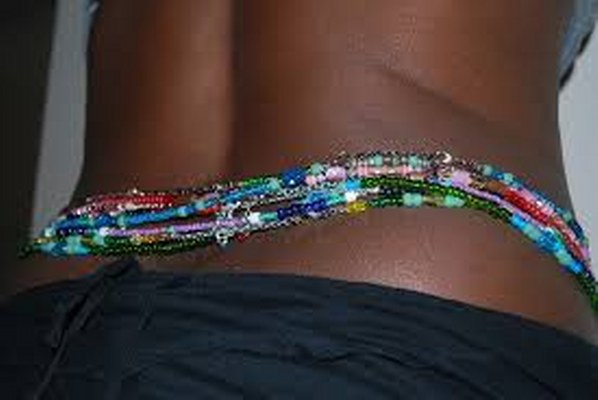 However, Mbuya Muchadura Mamoyo, as Sandra Maburuse is affectionately known, does not make the ordinary beads; hers are “cooked” in concoctions containing African herbs (muti) that will lock husbands from pr0miscuity.

“Most cases I am dealing with women these days are about enhancing their se_xual lives as se _x is an important element of marriage life. I help women with herbs that increase the heat in their bodies and have a special kind of beads that have saved a number of marriages,” Maburuse said.

“These beads will tickle a man’s se_xual appetite and after a se_xual encounter if the wife causes the beads to come into contact with her husband’s organ he instantly gets another ere_ction and they can make love again.

“I assure you that your man will not be able to have se_x with another woman if you always wear these beads when you sleep together.”

Maburuse who claims to also offer seductive se_xual dances as part of her product offering to clients said her customers who include white women always come back for more.

Most of her clients are married women with ages ranging from 18 to 30, seeking to protect their relationships.

“I have had this gift since birth and there were moments when I would actually die and later wake up while people were already preparing for my funeral,” Muchadura narrated.

“I would see witches and hear their plans from a distance and was always sick most of my childhood. I even dropped out of school because of that and my breakthrough came after I got married and had my first child.

“The child refused to be breastfed at eight months and my in-laws thought I had an extra marital affair. They started taking me for spiritual assistance and were told that I possess a great spirit. After that incident, my family was accused of conspiring to ra_pe.”

It was alleged that her father had ra_ped a minor, while her siblings held the victim’s legs and hands.

She claims to have performed rituals that secured the family bail and eventually cleared them of the allegations in court.

“I then had a dream in which I was told to perform a ritual that would assist them being cleared of the malicious allegations. I did so and they got bails before being acquitted of the false claims,” Muchadura said.