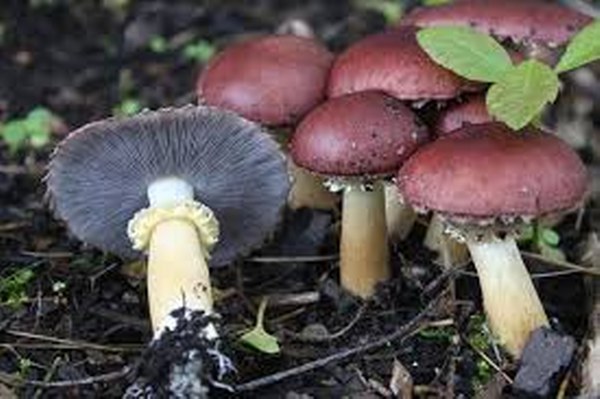 TWO more Filabusi family members have died due to mushroom poisoning, bringing the death toll of people who have lost their lives after consuming the deadly fungus to 15.

They ate the poisonous mushrooms on Saturday, leading to the death of one person on Tuesday and another on Wednesday. Yesterday’s death brought the Filabusi family death toll to four at a time when four others are admitted in hospital. Three are admitted to Mpilo Central Hospital while one is at Filabusi District Hospital.

The death brings to 15 the number of people who have died so far due to mushroom poisoning.

Eleven others are members of different Mberengwa families who consumed the toxic mushrooms last week.

He said four members were still hospitalised and one is said to be in the hospital’s intensive care unit.

“I received a call yesterday at around 2AM confirming that two members who were admitted at Filabusi District Hospital had been rushed to Mpilo as their health was deteriorating. Unfortunately one of the children died on admission and the second one died at around 4PM,” said Dr Ngwenya.

“Currently we have three members admitted, two are stable and one of them is critical in the intensive care unit. We gathered that these seven children were given mushrooms by their grandmother who is admitted at Filabusi District Hospital.”

“The children’s ages range between three and nine years and they stay with the grandmother. They say the incident took place on Saturday evening. One child, a girl who is in Grade Seven is the one who picked the mushrooms and brought them home for granny to cook,” said Dr Nkala.

He said the grandmother inspected the mushrooms and said they were edible.

“In total the grandmother stays with 10 children and out of those, seven consumed the mushrooms. Three were known not to eat mushrooms,” he said.

“They came to Filabusi Hospital and were admitted on Monday evening. On admission they looked stable but their conditions deteriorated all of a sudden and we realised that it was getting dangerous. We sent three to Mpilo Central Hospital on Tuesday and four on Wednesday.”

In an interview from Mpilo Central Hospital where they were collecting the body of the eighth deceased member yesterday, a relative Ms Patty Mahlangu said her family has so far lost eight family members.

She clarified that three other people who had died of mushroom poisoning from Mberengwa did not belong to her family, as previously reported. Ms Mahlangu said the three were only ferried to Mpilo Hospital together with her family members. “All in all we have lost eight members of our family,” she said.

Ms Mahlangu said they didn’t suspect foul play or witchcraft. She said seven of the deceased were buried on Wednesday and they were planning to bury the remaining one. “The mushrooms were picked up by children therefore we think they might have confused the poisonous mushrooms and the edible ones. There was no adult person to supervise them so we think they couldn’t tell the difference,” said Ms Mahlangu.

According to police, Mr Tenious Shoko (45) from Mberengwa sent his 16-year-old daughter to pick some mushrooms for relish on Tuesday last week.

The 16-year-old prepared the mushrooms which were consumed by the whole family leading to the death of eight of Ms Mahlangu’s relatives.