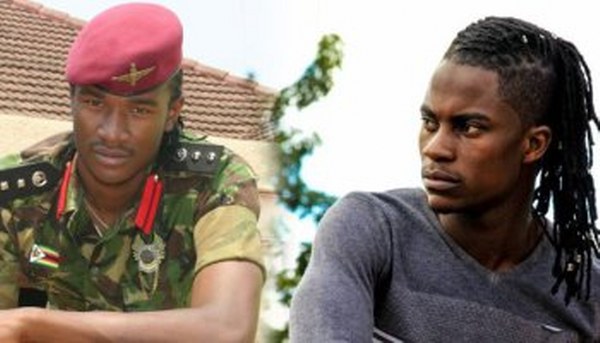 ANDY Muridzo is not a happy man.

His is a tale of a guy who joined a seemingly high rolling, big opportunities-dream team when he put pen to paper with Jah Prayzah’s Military Touch Movement (TMT).

Who could blame him when the record label’s poster boy was traveling the world, turning out hit after hit?

However, it’s been over a year and he has nothing to show for it besides standing by the side clapping hands while his boss still makes headlines. Worse last year as Muridzo watched, his boss tuned out his biggest album to date, Kutonga Kwaro.

Now Andy wants to run. He can’t take it no more, wishing the Lord would give him back the life he had before.

“I no longer want to be part of Military Touch Movement, it’s too cold worse when I think I just served only a year of my contract,” he said.

“I have not been attending MTM functions for some time now and that should be sending a clear message to everyone regarding my position with them,” says Muridzo.

“Not a single thing I was promised on the contract has been fulfilled. Actually, Jah Prayzah wants all the good things for himself. He is not willing to assist others and is not a saint as most of you imagine him to be.”

“How do you explain a situation whereby JP goes on to collaborate with hip-hop artistes when we have ExQ in the team or sets himself a collabo with a reggae artiste yet we have Nutty O in the movement?

“Would it not have made sense if Yemi Alade collaborated with Tahle, the only female MTM member? MTM ndeyekuitisana chete (MTM exists to exploit people for one man’s benefit).”

For another perspective into Andy’s frustrations, think of him as a footballer who joined a trailblazing Barcelona side that won a treble yet he was a bench warmer.

It seems he is the only one feeling the frustration because the record label’s in-house jockey, DJ Tamuka has no complaints.

“From my view everything is fine at MTM. I just do my work under a good and conducive environment,” he said.

As the toast of the crew, Jah Prayzah speaks through his manager Keen Mushapaidze who told B-Metro that Jah Prayzah is resourceful beyond the record label, that is why he is outstanding.

“Jah’s collaborations sometimes don’t come courtesy of MTM, he made an international mark before the stable was born so to say the focus is more on him doesn’t hold water because he earned all the success because of his hard work as an artiste not as a boss,” he said.

In other words, it’s Jah’s house and he rules it.