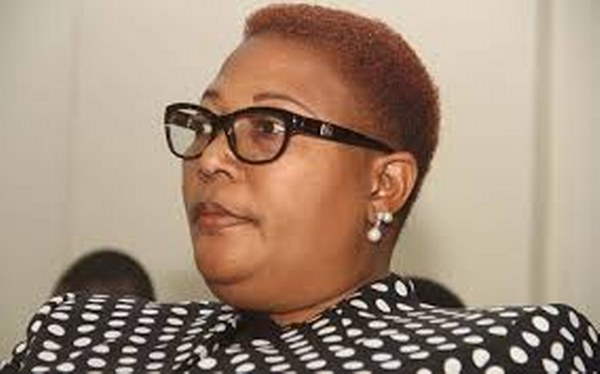 The MDC’s highest decision-making body in between congresses, the national council, will meet soon to start formalities to expel the party’s vice president, Thokozani Khupe.

This follows yesterday’s expiry of a seven-day ultimatum given to Khupe by the same organ to comply with an MDC directive to reach out and make peace with Nelson Chamisa, who was recently chosen as the party’s substantive president.

Khupe – who has had to suffer violence at the hands of suspected MDC youths hostile to her hardliner stance against Chamisa – has refused to comply with the directive.

She insists she is the rightful heir to take-over from Morgan Tsvangirai, the late MDC founding president who died in South Africa last month.

Khupe has thus been tearing into Chamisa, describing him as a violent gangster who is not worth to lead the party.

“The seven-day ultimatum has expired (without Khupe making efforts to sort her mess). The party’s very apex is currently seized with the issue,” he said.

Asked what course of action the party would take given Khupe’s open defiance, Tamborinyoka said he would only comment when the decision has been made.

“Ordinarily, the constitutional processes must kick in. The president of the party (Chamisa) will make an announcement in due course but I can safely tell you that the apex of the party is seized with the matter,” he said.

MDC officials sympathetic to Khupe, however, told the Daily News that she had made overtures to the MDC Guardian Council with the aim to get them to mediate in the impasse.

“She might not be fired. She has appealed to the Guardian Council for mediation and it is currently trying to sort the issue out,” said the official who declined to be named for fear of victimisation.

Chairperson of the Guardian Council James Makore could not be reached for comment as his mobile number was not available.

Last week, Khupe also posted on her twitter account that she had written to the council seeking their mediation.

“I wrote a letter to the party’s Guardians Council for them to intervene in terms of our constitution. They are the internal arbiters and are seized with this matter even as ultimatums are being issued,” she tweeted.

In terms of the MDC constitution, the Guardian Council acts as the party’s advisory board.

It is chaired by MDC Senator Makore.

Career politician and veteran trade unionist, Cephas Makuyana, who once served as senator, is also a member of the Guardian Council.

It also performs and/or carry out any such functions which the national council may from time to time delegate to it, which may include investigations, arbitration and reconciliation in disputes within the party structures and/or among members.

The bad blood between Khupe and Chamisa started in 2016 when Tsvangirai elevated the Kuwadzana West legislator to the position of vice president.

Since then, the crafty legislator, nicknamed The Cobra after the menacing serpent, has worked his way to the leadership of the party, effectively dealing Khupe a body blow.

Their relationship soured even more last month when Khupe had to take refuge in a hut during Tsvangirai’s funeral to escape the wrath of MDC thugs who were baying for her blood before she was rescued by sympathisers.