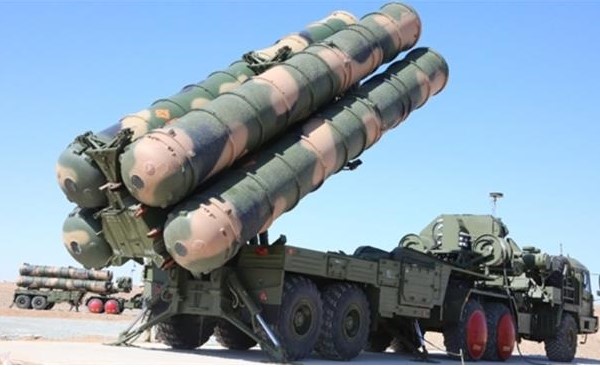 Zimbabwe and Russia plan to develop military-technical cooperation, in which the eastern European country would intensify its supply of weapons to the Zimbabwean army.

This came out during meetings between President Emmerson Mnangagwa and Russian Foreign minister Sergey Lavrov in Harare yesterday.

Addressing a news briefing at the end of the meeting, Lavrov said a joint working group would be established to foster cooperation in this area.

“Considering the experience of our interaction, which is long, very successful and is positively regarded by both sides, in the sphere of military, technical cooperation, we stated (in the meeting with Mnangagwa) that the decision to establish a working group on military-technical cooperation that first convened would also foster development of cooperation in this important area,” Lavrov said, flanked with Zimbabwe’s Foreign Affairs minister Sibusiso Moyo.

He said that the cooperation would help strengthen Zimbabwe’s position on the international stage.

“We have also paid special attention to the international agenda, with regards to articulating our positions, in particular at the United Nations,” he said, paying tribute to the Zimbabwean military’s participation in UN peace-keeping missions around the world.

Special advisor to the President, Chris Mutsvangwa told journalists at the end of the meeting that Zimbabwe stands to benefit from Russia’s military proficiency.

“They trained our freedom fighters during the liberation struggle and supplied us with weapons so we are familiar for many many decades with Russian military equipment.

“They are the second most important military equipment producing nation in the world and so the talks going on with our ministry of defence,” he said.

Lavrov is on a five-nation tour of Africa and he has already been to Angola, Namibia and Mozambique.

Interestingly, he flew out to Addis Ababa, at the end of the meeting where US Secretary of State Rex Tillerson is also on a diplomatic mission there.

Asked if this signified a new scramble for Africa, Mutsvangwa said: “As Africans, we are only excited when super powers visit us.

“This kind of limelight which Africa is hogging is good for the continent. We need capital.

“We have a very young population which needs to get jobs. We have to stem the migration of young Africans to other countries.

“So, we like it when the super powers come in. We are competent enough to judge who our friend is and who is not.

“If it’s a scramble for Africa with Africans now becoming equal partners on the global stage, that’s good.

“The last time there was a scramble for Africa in the 19th Century, we were indigent and were being subjugated, but now Africans are wiser and we can play our role in the global commerce,” he said.

Russia’s relations with Zimbabwe date back to the 1960s, when the then Union of Soviet Socialist Republics backed the Marxist-Leninist liberation front’s fight against British colonial rule.

Zimbabwean guerrilla fighters at the time used the world famous AK47 assault made in Russia rifle in the war against colonialism.