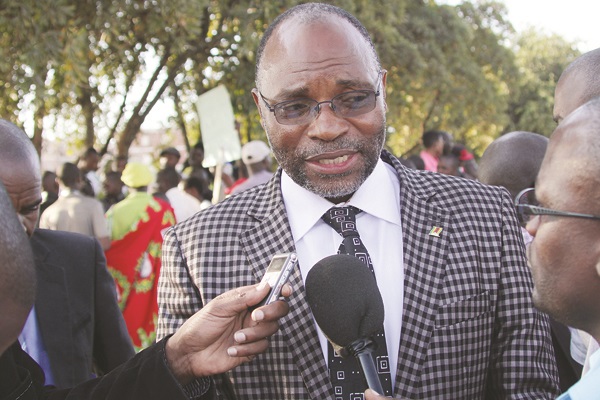 LEADER of the Apostolic Christian Council of Zimbabwe, Bishop Johannes Ndanga who vowed that former president Robert Mugabe was going to die in office as was been prophesied, now says it is President Emmerson Mnangagwa who was ordained to take the country to the Promised Land.

Last year November, during the Grace Mugabe’s Super Sunday gathering, Ndanga told thousands of apostolic sect members that it was prophesied in 1934 that Mugabe was going to die in office because he was “imposed” on the locals by God to rule till death.

“Biblically if you read exodus chapter 24 you will understand,” Ndanga thundered in Rufaro Stadium then.

But last week, Ndanga, in his three minutes address, revealed to church leaders attending a meeting with the president that it was God’s will that Mangangwa must take Zimbabweans to the Promised Land.

“All what is happening in the country your Excellency is very normal, because Moses did not take the Israelites to Canaan, but they were taken to the Promised Land by Joshua,” said Ndanga.

“Mugabe in God’s word was not allowed to take Zimbabweans to Canaan, but God wants Mnagangwa to take the children of this country to the Promised Land.”

Ndanga added, “Our duty, your Excellency, is to follow what God wants us to do and we are here to endorse you and we want these engagements to continue and not to be a one day thing.”

Ndanga first made the claims in 2013 when he announced that as church leaders they stood guided by a 1934 prophecy by Madzibaba Johane Masowe that Mugabe will die in power and urged Christians to support the ousted former president during elections then.

He was to repeat it in again at the end of last year but two weeks down the line Mugabe was toppled through a military coup.