A stri_pper has sensationally claimed that her husband has no problem seeing her na_ked in front of other men.

Memory Musora, popularly known as Juicy, who scooped the pole dancer of the year award at the recently held Dancers Association of Zimbabwe Awards, said she is happily married and her husband Nunurai Sithole always accompanies her to shows seeing other men ‘drooling’.

She spoke to H-Metro on the sidelines of the awards ceremony last week where she had some public displays of affection with her husband when they kissed on stage as Juicy collected her award.

“To me, this is a profession; I don’t do anything beyond dancing or stri_pping. I always attend shows with my husband and I even went on stage with him to collect the award,” she said.

She said she doesn’t show her privates but does stri_p tease. 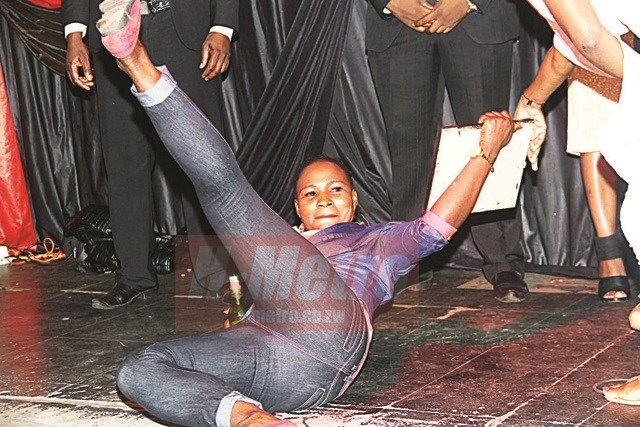 stri_p tease is when a dancer gradually undresses in a way intended to be se_xually exciting, leaving little to the imagination.

“He will be part of the crowd seeing me performing and I don’t see anything wrong because they take nothing.”

Asked how she convinced her husband to allow her to stri_p, she said they met while she was already into stri_pping.

“We got married while I was already stri_pping. So he approached me knowing what I do that and I don’t think he will have any problem with it.

“I take this as a profession and I am very strict,” she said.

Sithole was not comfortable to speak to H-Metro but he confirmed his marriage to Juicy.

Juicy later went on stage performing and revellers could be seen jostling to get closer to the stage admiring her ‘waist management’.