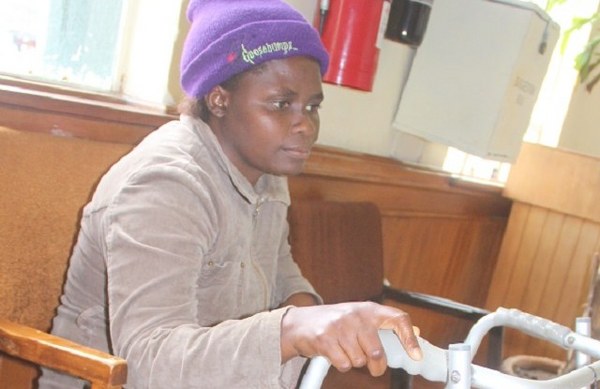 A WOMAN from Bulawayo is stuck with a walker after her lover allegedly hit her with a car intentionally in a suspected ritual incident.

Siphilisiwe Nxumalo (33) curses the day she met her ex-lover who allegedly deceived her into believing that he wanted to start a new family with her while intending to use her as a sacrificial lamb.

Nxumalo met the man, a businessman based in Filabusi, sometime in 2016.

The new lover started visiting Nxumalo at her home in Romney Park but her happiness was shattered when she visited him in Filabusi.

“When I arrived at his shop in Filabusi, an unknown man approached me and tipped me off that my boyfriend was dangerous and this relationship was not going to last.”

“I was confused but now I understand what he meant. From the business centre we left to spend the night at a lodge after my boyfriend told me that I could not go to his house in the presence of his children,” said Nxumalo.

According to Nxumalo she was standing outside a local night club waiting for him around 11pm. From nowhere, the boyfriend together with his friend bumped her with his car.

When the police arrived at the scene, the boyfriend denied that he was in love with Nxumalo but instead claimed that she was just a passenger.

The boyfriend allegedly stripped naked when he saw people approaching, further sparking rumours that Nxumalo was being used as sacrifice in a ritual.

She claims the accident left her crippled and facing numerous health problems.

“I am lucky to be alive today. He thought I was going to die. What is sad is that no action has been taken by the law, I believe that he bribed police officers because they wrote a wrong statement and the case was never heard in court.

As I speak I owe the United Bulawayo Hospitals $2 000 and I don’t have any means to make ends meet,” she said.

Nxumalo is still struggling to locate him. Efforts to talk to him were fruitless as his phone was unreachable.