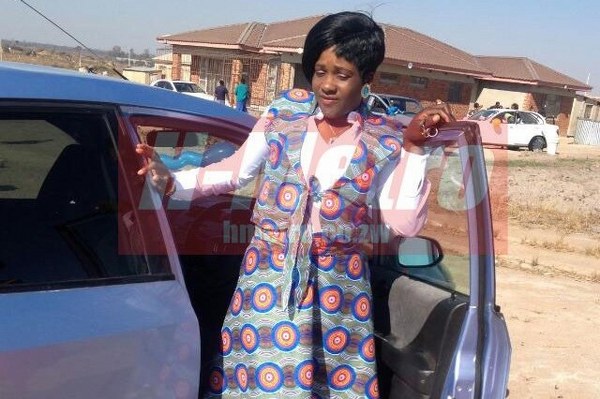 A MARRIED police officer stands accused of impr_egnating a married workmate after being caught pants down in January this year.

Joseph Mapfumo, based at Braeside Police Station under the traffic section, is alleged to have been caught having se_x with Vimbai Mari during working hours in a parked car.

Vimbai’s husband Taurai Murambiwa is reported to have caught the two having se_x and Joseph ran away, leaving his spectacles and cellphone which are still in the hands of the latter’s lawyer.

Taurai confirmed the incident saying he had since left his family after Vimbai became violent over the issue threatening him with unspecified action.

He approached his lawyers and is demanding US$60 000 adu_ltery damages from Mapfumo saying his marriage has irretrievably broken down accusing Mapfumo of impre_gnating Vimbai.

“My wife has undressed me that I feel sorry for my two kids over this and to be honest with you I am the one who caught them having se_x in our family car at the police station in January this year,” said Taurai.

“There was no peace from that day that my wife openly told me to leave the house at the police camp in Chitungwiza and I am now living elsewhere.

“She claims that she was impre_gnated by Mapfumo and that our marriage will never work and threatened me with unspecified action if I continued questioning her about the issue.

“Vimbai is so violent and if you remember she is the one who made headlines after she beat up my mother.

“I have since approached my lawyers to claim adu_ltery damages from Mapfumo and I am sure he will receive summons this week over this,” said Taurai.

Taurai showed H-Metro a letter of demand addressed to Mapfumo from his lawyers on adu_ltery damages and recorded cellphone conversations between Vimbai and Mapfumo as well as WhatsApp conversations.

“Taurai has some issues with me and is spreading falsehoods about me and Mapfumo,” said Vimbai.

“Mapfumo is just my workmate we never fell in love and I am not pre_gnant as Taurai wants people to believe.

“Anywhere I will come and see you so that I furnish you with finer detail about the whole story,” said Vimbai.

Mapfumo refused to entertain H-Metro citing protocol since the incident happened at the police station when he was on duty.

However, his wife only identified as Mai Sandy, confirmed the incident describing Vimbai as a woman of loose morals.

“You were supposed to talk to my husband and that police officer who is of loose morals to the extent of removing her duty uniform to bed my husband in a car,” said Mai Sandy.

“I am very cross about this story and I heard that she fell pre_gnant and my husband is being accused of being responsible,” she added.