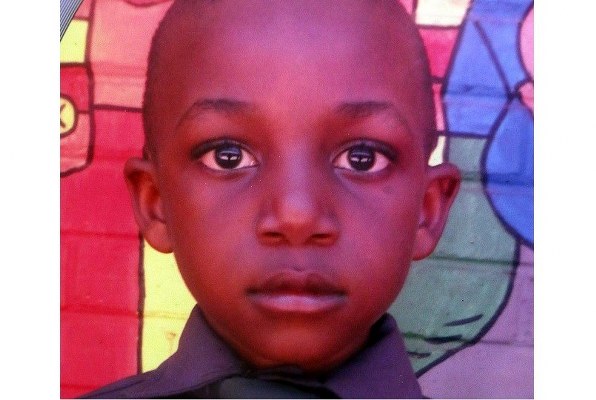 AN eight-year-old boy from Bulawayo died after a perimeter wall collapsed and buried him while he was playing at his home, police confirmed yesterday.

Nkosiphile Ncube, who was a Grade Two pupil at Indlovu Iyanyathela Primary School, died upon arrival at Mater Dei Hospital on Saturday.

The Chronicle visited the boy’s family at their Suburbs home yesterday where his mother Ms Promise Ncube narrated how the incident happened.

“He was playing outside the house on Saturday and riding his bicycle. The perimeter wall just collapsed and fell on him,” she said.
late-Nkosiphile-Ncube

Mrs Promise Ncube stands close to the spot where her child Nkosiphile was crushed by rubble after a precast wall collapsed in Surbubs,Bulawayo on Saturday.

“Unfortunately the wall was too heavy and when he was rescued from the rubble, he was failing to breathe. He was taken to Mater Dei where he was declared dead on arrival”.

Ms Ncube said the family was shattered and failing to come to terms with the tragedy.

“We are not sure what really caused the wall to collapse but since these structures are old, we have accepted that it was just a normal accident,” she said.
Ms Ncube said Nkosiphile would be buried in the city today.

“We received a report where a boy was buried by a perimeter wall while playing. When his aunt heard the wall crumbling, she came out of the house and rescued him.

Meanwhile, in an unrelated incident, an eight-months pregnant woman collapsed and died in the Bulawayo city centre yesterday.

The woman from Queens Park suburb was on her way from a doctor’s surgery for a checkup in the company of her two siblings.

The deceased, who cannot be named because most of her close relatives have not yet been notified, collapsed along Joshua Mqabuko Nkomo Street and 4th Avenue.

When The Chronicle arrived at the scene minutes before she died, passersby were trying to call an ambulance. The woman was lying on the pavement and appeared to be struggling to breathe.

One of the woman’s sisters, who was crying uncontrollably, said they had just walked out of a nearby surgery but her sister had not been treated as she had been referred to seek help from other doctors.

“We have just come out of this surgery where they said they couldn’t help her. She sometimes experiences difficulties in breathing.

“As we walked out of the surgery, she asked us to allow her to rest as she couldn’t breathe. She is getting worse and I am scared she can die here, she can’t leave us just like that,” said the woman who sobbed uncontrollably.

As passersby argued about what to do, the woman died.

“It was sad to watch someone die helplessly because it actually took more than 30 minutes for an ambulance to be called and arrive at the scene,” said a witness.