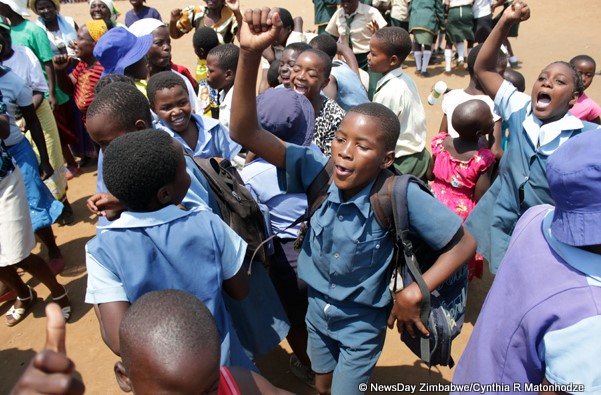 There was chaos at Masasa Primary School recently after a 10-year-old Grade One pupil performed magic acts, thereby, disrupting lessons.

Traditional leaders, chiefs Mutekedza and Nyoka had to convene a meeting at the school where the boy performed the “miracles” in front of the crowd before a resolution was made to send him back to Chipinge, his original home.

The boy is currently staying with his uncle in Sango village under Chief Mutekedza.

Mashonaland East acting provincial police spokesperson, Assistant Inspector Tendai Mwanza confirmed the incident, saying they were informed of the issue though it was being dealt with by the local traditional leaders.

According to a report in possession of this paper, between February and March 5, it is alleged that pupils witnessed magical acts performed by the boy.

On March 5, a meeting was convened by Chief Mutekedza to discuss the issue. The meeting was attended by villagers and school authorities.

On February 27, the boy’s uncle was also summoned and asked about the boy’s behaviour, but told them that he never performed any magic at home.

The report added that the school authorities told the gathering that some of the boy’s magical acts include changing water into soft drinks which he gave to other pupils, changing stones into biscuits and making picture animals to produce sounds.

“Everyone was shocked with these magical performances, Chief Mutekedza advised the school authorities and the uncle to the boy, Artwell to take him back to his family as this seems to be a sign that the family wants him back,” the report read.

The boy’s parents separated, with his mother now residing in South Africa while his father is reportedly in Botswana.