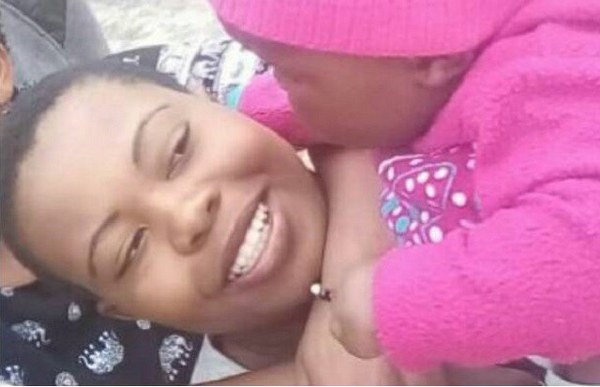 A ZIMBABWEAN man based in South Africa slit his ex-wife’s throat, kept the body in his room before hanging himself in his employer’s office three days later.

Bekithemba Moyo (27), from Gonde Village in Plumtree killed Portia Ndlovu (22) of Diba area in Plumtree on Saturday after she refused to give him a second chance having ditched her himself.

He murdered her in a cottage within his employer’s home. The couple have a one-year-old son.

The finding of Moyo’s lifeless body in his employer’s office led to the discovery of Ndlovu’s na_ked and decomposing body which lay in a mass of dried blood in his bedroom at his employer’s home.

A source close to the tragedy said Ndlovu left a relative’s home to meet Moyo, after he had called her to collect some money for their child’s upkeep.

“We suspect he killed her on that very night and kept the body inside his room. On Monday he left for work with his employer, returned and actually slept with the body in his room. Again, his employer informed us that they went to work at his factory premises near Bramley Police Station.

“When they arrived home that evening, Moyo asked for the factory keys, claiming he had forgotten something. Realising he had taken too long to return, his employer tried phoning him but he was unreachable. He decided to drive back to office, only to find Moyo hanging from the roof of one of his offices,” said the source.

The matter was reported to police and Moyo’s family was contacted.

Moyo and Ndlovu’s cellphones, were found smashed to pieces next to his body.

Sources said Ndlovu’s family read the news of Moyo’s death on social media, prompting them to become curious about her whereabouts.

“On Wednesday morning both Moyo and Ndlovu’s families went to his employer’s home. A bad smell alerted them of the grisly killing as they approached his bedroom. Ndlovu’s throat was cut open and her body was covered with a blanket.”

“Moyo, we are told, dumped Ndlovu in January and told her to return to her parents. The couple had fought constantly with Moyo having sent Portia packing on many occasions,” said the source.

“He threw her out of the house many times but after she had finally abided by his order and left him in January, he began to stalk her through WhatsApp, begging her to return to him.”

The source said it was sad that Moyo had killed Ndlovu after she had picked herself up and had moved on.

“Moyo thought Portia would crumble after leaving him but when he saw her glowing and happy, he began to communicate with her, threatening her. On many occasions he phoned her demanding that she stops putting her new boyfriend, Lucky, on her WhatsApp profile.”

The source said her family had started searching for Ndlovu frantically, when they received news of Moyo’s suicide.

“They were shaken. They contacted Moyo’s family, informing them that Ndlovu was missing.

“On Wednesday morning they discovered her body in Moyo’s bedroom,” said the source.