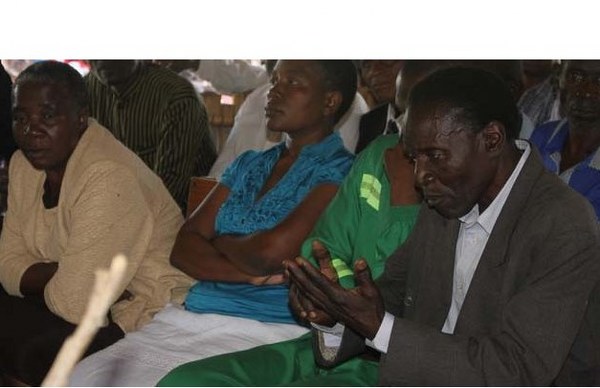 A SENIOR citizen from Mutare’s Sakubva high density suburb is at loggerheads with his wife whom he is accusing of rendering him impotent in bed after ”locking” his privates some five years ago.

Joshua Namate said he has never enjoyed se_x and other luxuries associated with their matrimony since his wife, Winnie Namate, locked his privates despite having sired seven children since their marriage in 1976.

Namate also accused his wife of bedding other men behind his back.

The elderly man bared all at Chief Zimunya’s court where his wife had hauled him complaining that he was calling her a witch and responsible for locking his privates.

“I was locked on my privates and I have never enjoyed se_x since then. I am sure that she was the one responsible for rendering me impotent in bed since I once came across some herbs in her possession,” he said.

Namate said he became aware that his wife had ”centrally locked” him when he visited some traditional healers in the company of his daughter.

He said he once got healed after applying herbs prescribed by a traditional healer.

“I was given herbs and I got healed within three days of application. I then requested to have se_x with my wife and she told me that I was supposed to pay her first. During that time I started seeing behavioural changes in my wife. She started coming home late or sometimes she would sleep out. That alone made me suspect that she was seeing other men. I also came to know that my wife was now into prost_itution,” he said.

Namate also told Chief Zimunya that his wife started forcing him to do all household chores. He also accused his wife of practicing witchcraft.

“She confessed to me that her gapped-loose teeth were as a result of eating people’s flesh,” he said.

Winnie Namate denied ever locking her husband saying he confessed to have been ”centrally locked” by a pros_titute. She said her husband told her that a pros_titute had used urine and other hodgepodges to lock him.

“The problem started sometime in 2014 when his man_hood could no longer erect. He then started accusing me of being responsible. He confessed to me that he had a love affair with another woman. It was that woman who locked him using urine and other assortments. I was working as an assistant accountant during the time he had an affair with the woman,” she said.

Winnie told Chief Zimunya her husband had literally created a jail at home since she could no longer enjoyed all the liberties that come with marriage.

She added that she was no longer allowed to sleep in their bedroom and she would be locked outside the house if she arrives home anytime after 7pm.

She denied being involved in witchcraft saying she was involved in an accident which saw her losing some of her teeth. Winnie also denied ever being involved in the oldest profession saying the accusations were cooked up to justify her husband’s allegations.

Chief Zimunya ordered the couple to raise $300 which would be used to travel and consult sangomas on whether Winnie was being into witchcraft or not. They would also use the money to try and help unlock Joshua.