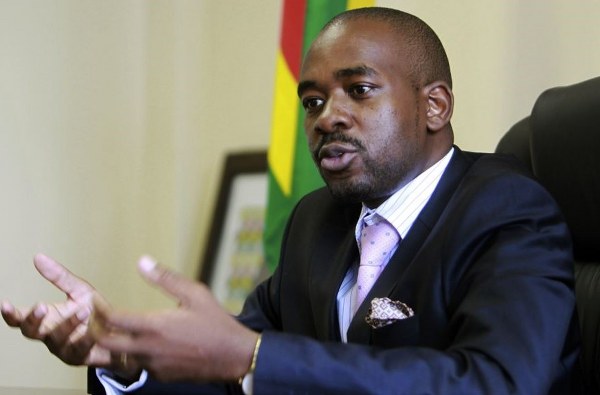 Zimbabwe is expected to go to polls this year between July and August.

The MDC Alliance principals on Wednesday met an eight-member EU electoral preparatory team at Morgan Richard Tsvangirai House in Harare where Chamisa told the mission that there will be no election in the absence of an agreement aimed at free and fair polls.

He said the opposition had prepared a comprehensive document with a list of demands that need to be met to ensure free, fair and credible elections.

These demands, he said, were “enshrined in the MDC Alliance’s Plan and Environment and Credible Election (PEACE) launched in Harare Wednesday.”

The EU team was in the country to assess the country’s situation ahead of elections and wanted to appreciate the MDC Alliance’s position.

According to Chamisa, President Mnangagwa is willing to engage the opposition on the mentioned issues though he stated that government had already rejected some of the key demands made previously.

Key among issues raised was the independence of the Zimbabwe Electoral Commission (ZEC) against the disturbing background of the curious and unexplained resignation of both the chairperson and the chief elections officer of the electoral management body, Rita Makarau.

“It is a serious and vicious assault on the integrity and autonomy of ZEC that the electoral management body’s new chairperson undertook a trip to Russia with a politburo member of Zanu PF and advisor to one of the candidates in the forthcoming election Christopher Mutsvangwa recently.

“The issues include but, are not limited to the role of the military in Zimbabwe’s elections, the independence of ZEC, 40 percent of whose secretariat are either serving or retired members of the military, impartiality and free and equal coverage of all contesting parties by the public broadcaster, legislative reforms covering the Electoral Act, the Public Order and Security Act as well as the Access to Information and Privacy Act,” said Chamisa.

The MDC Alliance principals told the EU there was need to ensure that Zimbabwe’s election complies with regional, continental international instruments including the AU and the SADC guidelines on the conduct of free and fair elections as well as international best practices.

“More than four million Zimbabweans would be disenfranchised if the government continued to disallow the Diaspora vote on the basis of logistical challenges, despite the fact that every Zimbabwean has the right to vote under the new Constitution of the country,” added the principals.