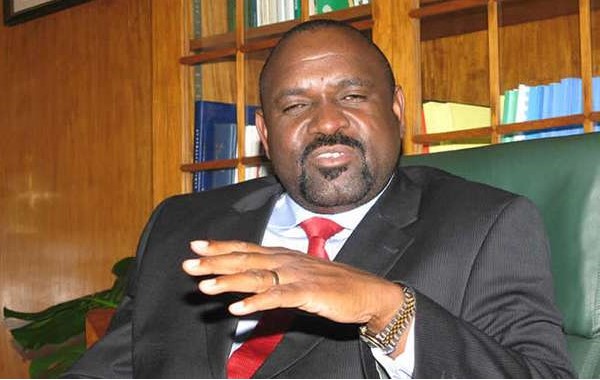 FORMER MDC-T chairperson, Lovemore Moyo has warned that the MDC Alliance’s chances of grabbing a poll victory against Zanu PF in the upcoming elections were slim citing discord in the rank and file of the MDC-T.

Moyo quit the MDC-T on Thursday, protesting what he described as an unconstitutional power grab by acting president Nelson Chamisa, violence, the “illegal appointment” of two VPs by the late president, Morgan Tsvangirai and the structure and composition of the MDC Alliance.

Chamisa was endorsed substantive president by the MDC-T national council, but the former Speaker of the National Assembly said his appointment was not only unprocedural, but unconstitutional arguing only an elective extraordinary congress had the mandate to do so.

In an interview on Thursday evening, Moyo said Chamisa, who was in Bulawayo recently to address MDC Alliance rallies in Matabeleland North (Dete) and Matabeleland South (Plumtree), begged him for two hours not to resign, but he refused.

“He visited me and tried to talk me out of resigning. I met him for nearly two hours and I stood my ground and raised those issues that have forced me to quit the MDC-T. I told him the way he assumed leadership was very undemocratic, unconstitutional and unprocedural. I told him this was allowed to happen because the party has been captured by some forces.

“I still stand by that and this has got nothing to do with personalities, but it’s about following the MDC-T’s founding democratic processes, a constitutional process that would have seen us elect an acting president,” Moyo said.

MDC-T Bulawayo spokesperson, Felix Magalela Sibanda yesterday said Moyo has not been fully committed to working for the party since 2012 when he was Speaker of Parliament.

“The Bulawayo executive and its subordinate structures are not surprised by Lovemore Moyo’s preemptive resignation statement. It’s a preemptive resignation because, the former national chair was aware of his fate and that of Khupe’s other followers. It is not a secret that Lovemore Moyo has not been with the party since 2012 when he was still the Speaker of Parliament,” he said.

“His attitude and operations left a lot to be desired. More about his dubious leadership is yet to be exposed. Only time will tell, and the nation shall be fully apprised of his underhand dealings. Why is he not grateful to the late Morgan Tsvangirai and MDC-T for upgrading him to the position of the Speaker of Parliament? He is enjoying a fat pension cheque every month because of the party, but today he is abusing the hand that feeds him.”

Sibanda urged party members to remain resolute and steadfast to the end and disregard “these renegades”.

On the MDC Alliance, the former Matobo North legislator said the MDC-T had literally helped some “fringe’ parties to build structures, which they did not have. He said the discord in the MDC-T that has also seen deputy president, Thokozani Khupe and Chamisa pulling in different directions, will cost the Alliance dearly in the elections.

“The MDC-T is actually building parties from scratch with this MDC Alliance thing. Some of these parties in the Alliance had no structures whatsoever, but they now have structures courtesy of the MDC-T.

“They have formed structures using the momentum that we have built over the years as the MDC-T. In reality and if truth be told, it is MDC-T running the show, it is the MDC-T with the people, it is the MDC-T with policies, while other so called parties are about personalities, the leaders who front them and nothing else.”