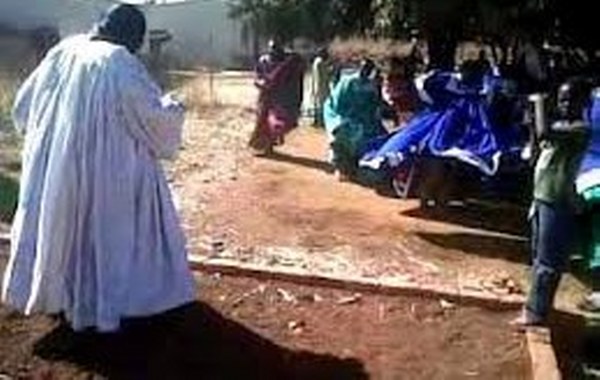 A Chipinge man has been fined $1 000 for having an adu_lterous relationship with the wife of Zion Apostolic Church bishop.

Gilbert Mashava, who is a Zion Apostolic Church bishop in Chipinge, took Ndodini Mujeki of Maronga Village to court, accusing him of having an improper relationship with his wife, Anna Mashava.

Chipinge magistrate Mr Poterai Gwezhira presided over the matter. The court heard that sometime in August last year, Mujeki, who was aware that Anna Mashava (60) was married to Gilbert Mashava under the Customary Marriages Act, illegally engaged in an aduIterous relationship with her.

The aggrieved Mashava said when he got wind of the relationship, he confronted his wife but she insisted on discussing the matter through their nephew.

Subsequently, the woman reportedly opened up about the affair to their nephew. It is believed that at an unknown date, Mujeki proposed to Mashava’s wife and she accepted.

It is the State’s case that Mujeki would visit the bishop’s wife for trysts when her husband was away.

The plaintiff said the duo’s escapades materially damaged his reputation and standing in society.

“The incident lowered my standing as a family man in the society and a bishop with Zion Apostolic Church. Therefore, on this basis I claim $3 000 from the defendant,” said Mashava.

However, Mujeki said Mashava was conveniently raising the issue as a smokescreen to cover up the fact that he was reluctant to pay him for working in his field.

“Since 2004, I have been working in the plaintiff’s field at his instigation. When I eventually claimed my dues, he then fabricated these aduItery allegations. I have never slept with Mashava’s wife at all,” said Mujeki.

However magistrate Gwezhira fined Mujeki $1 000 after it was proved beyond reasonable doubt that he really had an affair with the bishop’s wife.