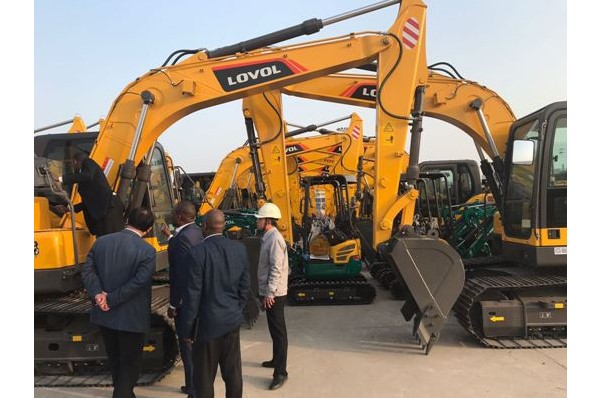 Two Zimbabwean companies, Platinum Agriculture and Princewood Enterprises have sealed three deals to the tune of US$520 million for the procurement of mining, irrigation and other agriculture equipment.

The fourth deal pertaining to public mass transportation for provision of buses is still in the making with Allan Bus public transport system.

Addressing Zimbabwean journalists in Beijing, Platinum Agriculture and Princewood Enterprises Director, Mr Dakarai Mapuranga said the transportation deal signing has been delayed due to the need to make alterations so that the buses become more suitable for the road system in Zimbabwe.

Pertaining to the agriculture and agricultural equipment he said those wishing to access the facilities will do so through their banks under some revolving facility.

“Our week-long visit has yielded positive results for Zimbabwe’s economy. We have sealed a US$400 million deal with China’s Lovol company that produces heavy machinery for agriculture and mining, while a US$40 million revolving facility was secured with Good Agro-Rising for the supply of chemicals for tobacco and other export-oriented crops. Those wishing to benefit will do so through their banks as this is a revolving fund. Let me make it clear that nothing is being given for free like what happened under some previous facilities that have not been paid back,” he said.

Mr Mapuranga added that under the deals, Dayu Corporation will supply centre pivots and drip irrigation equipment at the tune of US$80 million.

Mr Mapuranga said the two companies that are working closely with government ministries chose to support agriculture and mining as the two sectors are the biggest foreign currency earners for Zimbabwe.

The business delegation is accompanied by technical people who are capable of advising the government on the suitable and appropriate technology required in the sectors and avoid a situation where the equipment and machinery is bought without backup.