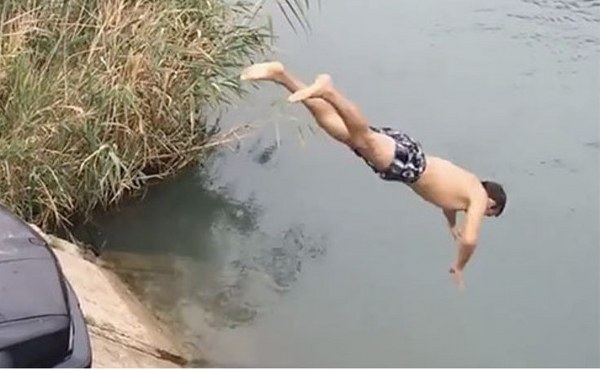 A 21-YEAR-OLD Zambian lost an arm and sustained multiple fractures after he was allegedly attacked by three domesticated crocodiles when he jumped into their pool in Victoria Falls.

Mr Collin Peter Stewart Miller (21), who is suspected to have been drunk, allegedly bulldozed through a restricted area and climbed over a protective fence into the reptiles’ enclosure on Thursday around 9PM.

He was reportedly in the resort town to attend a friend’s wedding.

“Mr Miller who lost his left arm, sustained fractured ribs and injuries on the head, was immediately airlifted to South Africa,” said a witness.

Yesterday he was reported to be in a stable condition at an unnamed private health facility in the neighbouring country.

The incident, which has become the talk of the resort town, occurred at The Victoria Falls River Brewing Company.

The company’s director Mr Mike Danes declined to talk about the incident.

“I can’t talk about the issue because the people concerned who are from Lusaka, said they don’t want it in the Press. You can talk to the police because we made a report,” said Mr Danes.

Earlier the company had released a statement chronicling how the incident occurred.

“On Thursday evening a member of the public deliberately climbed over a protective fence and entered the crocodile pool which houses three crocodiles, deliberately putting his life in extreme danger.

“He was rescued by incredible efforts of two very brave men including an employee of the Cage Diving Company. He sustained several injuries including loss of arm. The River Brewing Company wishes him a very speedy recovery and we are grateful to the quick thinking and bravery of his rescuers,” read the statement.
The domesticated crocodiles at the Victoria Falls River Brewing Company

The domesticated crocodiles at the Victoria Falls River Brewing Company

The Victoria Falls River Brewing Company manufactures different kinds of clear beer and also operates a restaurant at the same premises at Busy Island, between Ilala Lodge and N1 Hotel.

The company domesticated three crocodiles at a pool behind the building, which attract tourists in droves.

Mr Miller of 09 Lufwanyana Road, Handworthy Park in Lusaka, Zambia was booked at a local lodge ahead of the wedding ceremony before going on a drinking spree with friends.

He allegedly entered the restaurant kitchen without the knowledge of staff, and exited through a window which leads to the pool.

A news crew visited the premises yesterday afternoon and the three reptiles which can be roughly more than two metres long, were basking in the sun.

Some allege a drunken Miller removed his shirt and dived into the pool intending to swim unaware that there were crocodiles while some allege he was trying to commit suicide.

“We were shocked when he just stormed into the kitchen despite a sign prohibiting members of the public. He exited through the window and jumped into the pool. The crocodiles immediately pounced on him.

“He is lucky because alert guests quickly followed and rescued him but one of the crocs had already cut off his arm.

“The other crocodile nearly crushed his head but it turned away to chase after the one with the arm and that’s how he was rescued,” said a source who witnessed the incident.

The wedding which was in the resort town, went ahead on Saturday, The Chronicle learnt.

Meanwhile a fisherman from Binga is battling for life in hospital following a crocodile attack.

Siphiliyano Muleya (30) of Chilila Fishing Camp was attacked at around 6PM on Friday at Masumu River after he had returned to the river to collect his cellphone which he had forgotten in a fishing net.

He was rushed to Binga District Hospital and later transferred to Mpilo Central hospital in Bulawayo.

A source close to the victim said Muleya had walked back to the river alone.

“It is during this time that the croc grabbed his calf and he bled profusely. He screamed for help prompting fishermen who where nearby to rush to his rescue. The fishermen used big sticks to beat up the crocodile until it let go the victim,” said a source that preferred anonymity.

Matabeleland North police spokesman Inspector Siphiwe Makonese could not be reached for comment.