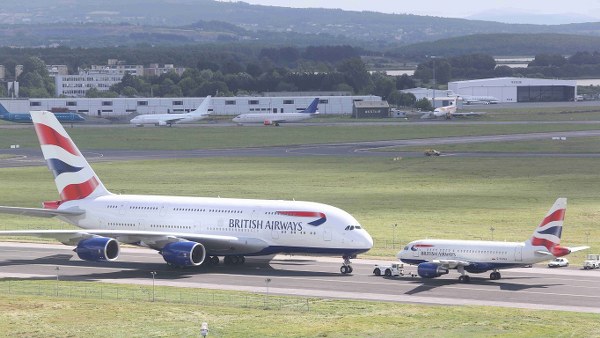 TOURISM minister Prisca Mupfumira recently approached British Airways (BA) regarding the possibility of direct flights between London and Harare but was turned down by the UK flag carrier, it has emerged.

According to Zimbabwe Tourism Authority (ZTA) chief executive Karikoga Kaseke, BA was concerned that the route does not, presently, have enough business class potential to complement the undoubted economy class possibilities.

Although actual numbers remain unclear, there is a significant Zimbabwean diaspora in the UK and many regularly travel back home to visit with their families.

However, it would appear that BA reckons much of that traffic is largely economy class and, therefore, not commercially viable.

Britain used to be a key source market for Zimbabwe’s tourism industry, but visitor numbers collapsed after relations between Harare and London suffered a Siberian chill at the turn of the millennium.

However, with the UK-bashing Robert Mugabe toppled by a military revolt last year and with London apparently taking a shine to the new Emmerson Mnangagwa administration, Zimbabwe tourism authorities sense an opportunity to get back into the graces of the lucrative British market.

Hence the approach to BA because the perennially struggling Air Zimbabwe appears incompetent at the task despite numerous vows to resume service after abandoning the route years ago due to mounting debts and the seizure of its aircraft.

ZTA boss Kaseke confirmed the BA approach at the recent Zimndaba investment conference which was held in London when he was asked about direct flights between the two countries.

“Last time when my minister was here, she had a meeting with British Airways,” he said.

“BA are saying that, from their perspective and when they look at their projections, they see a lot of potential for economy class travellers but when they look at business class possibilities and try to balance with their business model they are seeing the balance not working out.

“They (BA) say they are more interested in the business class travellers. As you know, KLM introduced flights some few years back and within nine months they pulled out for the same reasons.”

He continued; “In terms of fuel, when airlines are flying they fly for business; they want to get money, it’s not for charity.

“When the profitability of a route is looked at from a yield point of view – the mixture of business and economy class passengers – it must show a positive sign and BA are saying at the moment, they don’t see the positive from the business class travellers.”

Kaseke said they are however continuing to engage BA and convince them that business class travel will follow the establishment of direct connections.

The improvement of political relations between the two countries might also positively impact investment and trade which could lead to an increase in business class travel.

“They (BA) are working with us now; we are trying to convince them what starts first. Is it an egg or the chicken? To us, there is no doubt, the chicken starts,” said Kaseke.

“The chicken must be there to lay the eggs and we are saying once you put a flight, we can then develop the route to the extent that they then get the passengers that they require.

The ZTA boss was however scathing about Air Zimbabwe.

“I knew this question was going to be raised, so, I talked to the acting CEO of Air Zim and he said he doesn’t know. So, what is he doing there? He said I don’t know what you are talking about, I don’t know when we are going to have this flight to London and he is just seated there, and he is just a caretaker.

“So, Air Zimbabwe is a big problem; we don’t know what is going on, but BA gave us these indications when my minister went to see them at their head office.