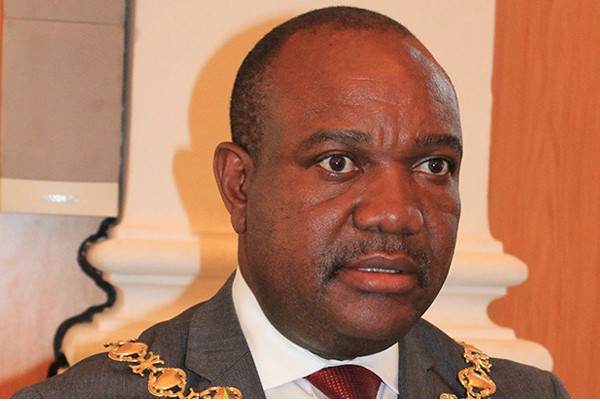 Harare City Council is considering banning political parties from putting up posters willy-nilly in the city in a bid to keep it clean. This was said by Mayor Councillor Bernard Manyenyeni, who recently visited the Rwandan capital Kigali and was charmed by its cleanliness.

“After my two-day “Look and Learn” trip to Kigali last week, I am back to my beloved Zim capital, Harare, where I am tethered to serve. Thanks to the two lovely ladies who bought the air ticket and Harare Mayoress Fran, who provided hotel accommodation,” he wrote on his Facebook page.

“The timing is perfect – our national elections are perhaps just three months away. Straight from visiting such a clean capital city, I think it is very much in order to ban the 100 or so political parties and the thousands of their vote-splitting candidates from putting campaign posters anywhere in our city.”

In an interview yesterday, Mayor Manyenyeni said he was also concerned with the number of bottle stores sprouting across the city. “I am also very concerned that we are now a bottle store city. PamaStones in Highfield has around 20 drinking places on two hectares and also Newlands and Hillside,” he said.

Harare is working towards regaining its “Sunshine City” status and wants to be a world class city by 2025.

Local government experts argue that the most important areas of service delivery that define a world-class city include effectiveness and efficiency in water and transport provision, waste management, energy provision and leadership or management.

In terms of water provision, there is no doubt that Harare is way off the mark in terms of quantity, quality, utilisation and accessibility. Other attributes of a world-class city include a premium mass transit system, a young urbanised population, a regional transport hub, enough vehicle parking space, a highly ranked local research university, a hot city economy and hot night life.

“Our failure to move because of political leg-irons must be separated from aspects of management, lethargy, capacity, competence and conflict.

“Revenues must improve and sound financial management must be key,” he said.