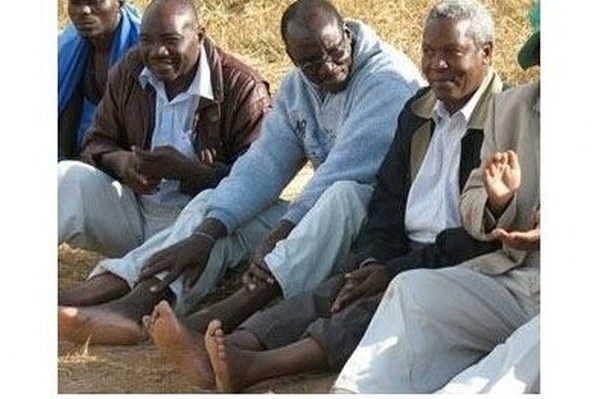 Vice President Kembo Mohadi will on Monday lead a team of serving and retired Cabinet ministers and security chiefs, respectively, in giving evidence on how police and the military were awarded licences to mine diamonds in the gem-rich Marange area.

Their appearances are part of the ongoing hearings by the Mines and Energy committee chaired by the bellicose independent MP for Norton, Temba Mliswa, which seeks to shine light on the diamond mining activities in Marange.

Mliswa yesterday told the Daily News that Mohadi was appearing before his committee in his capacity as former Home Affairs minister.

The parly committee wants to know how the police acquired the licence to mine diamonds in Marange.

"He (Mohadi) is coming in his capacity as former minister of Home Affairs, that's the time that the concession was given to the police.

"We have also sent letters to former minister of State Security, . . . Mutasa to give evidence in connection to the other concession which was given to the Central Intelligence Organisation (CIO) around that same time as well as former minister of Defence, … Sekeramayi because we understand also that the army had its own concession there," Mliswa told the Daily News.

Former police commissioner-general Augustine Chihuri, who has twice failed to turn up for the hearing, has been summoned once more.

The previous hearing failed to take place after Chihuri failed to turn up for the second time.

Parliament then asked police to hunt for Chihuri but his whereabouts have remained unknown.

The panel wants to interrogate the disgraced former police chief over the alleged violent, mafia-style deployment of police officers at Chiadzwa diamond fields two years ago.

The committee is also keen to grill former CIO boss Happyton Bonyongwe over the concession given to the spooks unit.

Also lined up for grilling are embattled former permanent secretary in the ministry of Mines and Mining Development, Francis Gudyanga.

Gudyanga is already facing corruption charges for allegations of receiving board fees when the ZMDC board never met.

Permanent secretary in the ministry of Defence, Martin Rushwaya is also expected to appear before the committee.

The mining of diamonds in Marange has been shrouded with controversy and accusations of plunder.

In 2016, former president Robert Mugabe made startling claims that his government could not account for a jaw-dropping $15 billion that was allegedly lost through nefarious activities by players involved in the extraction of the gems in Chiadzwa.

The fields in Marange are considered to be one of the world's biggest deposits of diamonds.

While the gems were discovered decades ago, a diamond rush only ensued in 2006, resulting in Mugabe's government deploying the military to restore order.

At the height of the mining of diamonds there, Mbada Diamonds, Marange Resources, Anjin Investments, Diamond Mining Company, Kusena and Gye Nyame (which had police) were some of the companies which were involved in the extraction of the gems in conjunction with the Zimbabwe Mining Development Corporation (ZMDC).

The mining companies' licences were not renewed after Mugabe made his startling claim.

And in a controversial move, the government subsequently replaced the mining companies with the State-owned Zimbabwe Diamond Consolidated Company, which now exclusively carries out all the mining in the area.

In 2012, long before Mugabe alleged that the $15 billion had been spirited away, a watchdog group campaigning against "blood" diamonds had also released a damning report in which it alleged that more than $2 billion worth of diamonds had been stolen from the Marange fields.

It also claimed that Mugabe's inner circle, together with some international dealers and a large network of criminals had connived in "the biggest single plunder of diamonds the world has seen since Cecil Rhodes".