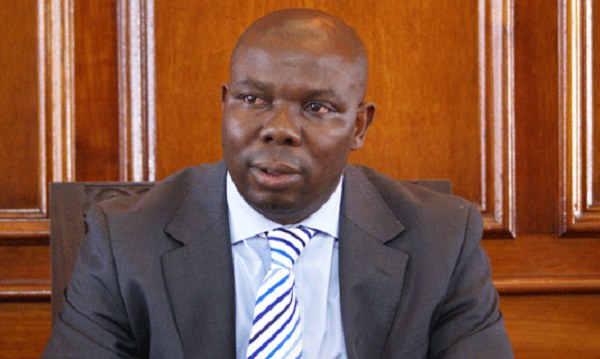 MORE than 180 individuals from the Advocate Nelson Chamisa-led MDC-T faction in Bulawayo have submitted their names for consideration to represent the party whose ego has been seriously dented by a split likely to see their drubbing in the coming harmonised elections.

The list which has been forwarded to the party’s national electoral directorate has seen some senior members in the province going unchallenged while other bigwigs have locked horns in what promises to be an interesting showdown as the party heads for its primary elections. However, the party’s provincial chairperson, Councillor Gift Banda declined to comment on the list of candidates saying they had forwarded it to the party’s national electoral directorate.

“As you know we forwarded the list to the national electoral directorate. They are the best people who can comment on that,” said Clr Banda.

Nonetheless, according to a list seen by Sunday News, three party members, including Clr Banda are unchallenged. The Bulawayo Deputy Mayor will vie for the Njube-Lobengula constituency. Nketa-Emganwini legislator Mr Phelela Masuku is also unchallenged together with Ward 7 councillor,

James Sithole who is set to be confirmed as the party’s candidate for Makokoba constituency. Clr Sithole is the party’s provincial organising secretary.

Bulawayo Central legislator, Ms Dorcas Sibanda is set for a showdown with another senior party official, Ms Nikki Brown while Entumbane-Emakhandeni legislator Mr Dingilizwe Tshuma has to fight off three challengers if he is to represent the party in the constituency.

In Magwegwe constituency, the current MP, Mr Anele Ndebele will battle it out with the party’s provincial spokesperson, Mr Felix Mafa and one Mr Eric Gono. Ironically Mr Mafa is a former MP of the area and was defeated by Mr Ndebele to represent the party in the 2013 harmonised elections.

In Mpopoma-Pelandaba, Ward 9 councillor, Charles Moyo will battle it out with a former legislator in the constituency, Mr Samuel Sandla Khumalo while in Bulawayo South the current legislator will take on Asphalt company director Engineer Francis Mangwendeza, the party’s youth assembly secretary for elections, Mr Kunashe Muchemwa and former councillor, Mr Reuben Matengu.

In seats that will be taken by MDC Alliance partners, Mr David Coltart is reportedly unchallenged in Bulawayo East constituency where the current legislator, the MDC-T acting national spokesperson, Ms Thabitha Khumalo voluntarily stepped down and will be on top of the list of proportional representative MPs.

Other seats that have been set aside for the Alliance partners include Nkulumane where city lawyer, Mr Kucaca Phulu is set to contest together with Luveve and Pumula, where it is still not clear who will represent the Alliance. In the local Government elections, some of the councillors that have gone unchallenged are Silas Chigora (Ward 4), Concilia Mlalazi (Ward 18), Clyton Zana (Ward 19) and Rodney Jele (Ward 22).

Some of the interesting primary elections battle will see Bulawayo Mayor, Clr Martin Moyo being challenged by Mr Tinashe Kambarami and Ezweni Sibanda in Ward 3 while Ward 28 councillor, Collet Ndhlovu is set for a showdown with his stepson, Mr Happy Ncube and Miss Nomagugu Mloyi.