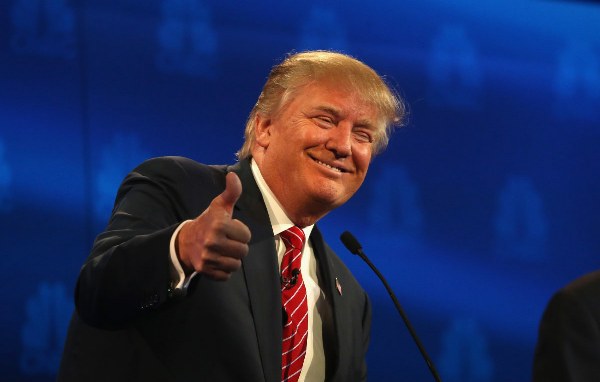 The United States of America continues to give encouragement to President Emmerson Mnangagwa and his ruling Zanu PF — amid strong indications that Washington is ready to consider ending more than 15 years of Zimbabwe’s costly isolation by the international community if the country holds free and fair elections this year.

This comes as influential US Senators Jeff Flake and Chris Coons — who are both members of Washington’s equally powerful Senate Foreign Relations Committee — met with Mnangagwa in Harare yesterday, moments after the Zimbabwean leader had arrived from China where he had been on a week-long State visit.

Both men recently introduced a new Bill that seeks to amend the Zimbabwe Democracy and Economic Recovery Act (Zidera), which meted out punitive sanctions against former president Robert Mugabe personally, as well as against many of his senior officials and some State entities.

The new Bill, the Zimbabwe Democracy and Economic Recovery Amendment Act of 2018, contains conditions which are specific to Mnangagwa’s administration — and if these conditions are met, President Donald Trump and the US government will scrap the current sanctions and normalise relations with Harare which have been frosty for almost two decades.

Political observers who spoke to the Daily News on Sunday yesterday said the fact that Trump had dispatched Flake and Coons to Zimbabwe to meet with Mnangagwa was “unprecedented and very significant”, as well as “a clear indication” that Washington was now ready to work with Harare as long as Zimbabwe institutes reforms that would lead to the holding of credible, free and fair elections due this year.

Yesterday, Flake and Coons — who had earlier in the day met with civic groups — virtually said as much, pointing out that the US wanted Mnangagwa to follow up his positive statements on reforms with action.

“The president (Mnangagwa) has made a commitment to take action, but some of the important actions required for progress towards the conditions for free and fair and credible elections have not yet happened,” Coons told the media before the two senators’ scheduled closed-door meeting with Mnangagwa.

He also urged Zimbabwe to follow Sadc’s guidelines on elections, as well as the US’s expectations on voter registration, non-interference in elections by the military and transparent timelines on how the Zimbabwe Electoral Commission (Zec) is going to proceed with the identification of polling places.

“We are hopeful that these things will happen promptly, but if a month or two, or three, have passed and these things have not been done, then we will be disappointed that this wonderful opportunity will have been missed,” Coons added.

He said he and Flake had introduced the amended sanctions Bill hopeful that this would allow for the lifting of Zidera, as reward for a free and fair election.

However, he warned, the current sanctions against Zimbabwe would not be removed in haste as this was not an event but a process — adding that whether the sanctions would be removed in their entirety or not “depends between now and the next few months”.

“It is clear that there are some actions that are overdue that need to be taken in order to begin moving towards free and fair elections and we look forward to discussing that in detail this afternoon (with Mnangagwa) and having the will of the people of Zimbabwe respected and heard through the press and through the upcoming elections.

“We have had lots of different suggestions from different parties, civil society and politicians about the most important things that must happen with the elections … the alignment of new laws with the Constitution, the voters’ roll, the role of the military in elections, but we think it is not for us to have a specific menu and timeline. I think there is wisdom among Zimbabweans as to what must happen in the next few months in order to build progress towards credible elections,” Coons said further.

Since assuming office in November last year — on the back of a military-assisted intervention — Mnangagwa has embarked on a spirited campaign to end Zimbabwe’s international isolation.

The 75-year-old Zanu PF leader has so far played nice with not just the Americans, but also other Western powers, as well as Russia and China. However, his critics have accused his government of not prioritising law and electoral reforms at home.

This has seen rights and opposition political groups demanding sweeping reforms — including the addressing of past violations such as Gukurahundi, Operation Murambatsvina and the violence that followed the hotly-disputed 2008 polls — all of which date back to Mugabe’s era.

Mnangagwa — who served as Mugabe’s right-hand man for five decades — signed into law the National Reconciliation Bill in January this year, which seeks to address previous conflicts such as the Gukurahundi massacres of the early 1980s.

Last month, he appointed a former High Court judge, Sello Nare, to head the National Peace and Reconciliation Commission (NPRC) — two years after the death of Cyril Ndebele who previously chaired it.

Since the fall of Mugabe late last year, civil society groups have stepped up pressure on the new government to deal with all the outstanding reforms that require urgent attention.

Topping the issues that civic groups want Mnangagwa and his government to deal with is the emotive Gukurahundi killings.

During his maiden appearance at the World Economic Forum in Davos, Switzerland in January, Mnangagwa said the government was keen to address Gukurahundi.

“We are not saying the past must be thrown away from history, it has happened, it is there. Just a week ago, I signed a Bill — the National Healing and Reconciliation Bill — into an Act and have assigned one of my vice presidents to deal with that so that the communities that were affected can air their grievances … and with recommendations from that commission we should be able to address those issues,” he said.

“Let me assure you, just recently I had a meeting with chiefs from Matabeleland, discussing with them, because I feel there is that bad patch in our history and we would want to correct it … we would want to say whatever wrong was committed we must say the government of the day must apologise.

“Wherever a community has suffered any injury, if it is possible to repair that injury, do it. So, as a community, as a government and traditional leaders we have agreed on how to deal with that issue. I am happy (about) that,” Mnangagwa added.

The Daily News On Sunday was not able to get the details of Mnangagwa and the senators’ meeting.

Chaos as Mnangagwa’s guards heavily bash motorist for failing to give way to president’s...

News Muza Mpofu - 28 November 2021 0
Soldiers that were part of President Emmerson Mnangagwa’s escort yesterday assaulted a Harare motorist and later detained him on charges of intercepting his long...

News Nelson Bhebhe - 28 November 2021 0
MDC Alliance leader Nelson Chamisa has accused Zanu PF of being behind the death of a party activist who was assaulted during his tour...

They’re against my happiness & want to see me suffer: Muridzo speaks on Mai...

News Cynthia Goba - 28 November 2021 0
A cash-in-transit robbery in which nearly US$334, 000 was stolen on the Bulawayo-Harare highway was an inside job, police said on Saturday. Fawcett Security Company...

News Cynthia Goba - 28 November 2021 0
ZANU PF youth league member Sybeth Musengezi yesterday vowed to forge ahead with his court action where he is challenging the constitutionality of President...

It’s going to result in a humanitarian disaster’: 200 000 Zimbabweans face deportation from...

News Muza Mpofu - 27 November 2021 0
South Africa announced it will end a more than decade-old program that allowed about 200,000 Zimbabweans to live and work in the country, weeks...