After heavy public criticism on the recent cost of President Mnangagwa’s China trip, the government has taken the unusual step of releasing invoices of all the costs incurred during the 5 day visit to the Asian country.

Media outlets had reported that Govt had been charged $1,9m by AirZim but instead chose a chartered a plane for $2,3m.

The Govt invoices show that the total costs were $1,4 million, check out the invoice and sound out your thoughts below! 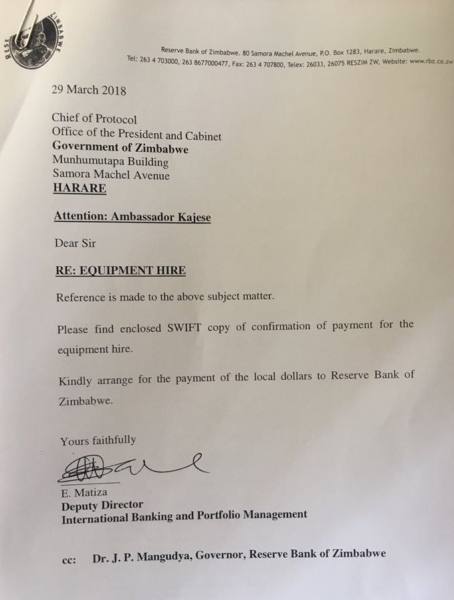 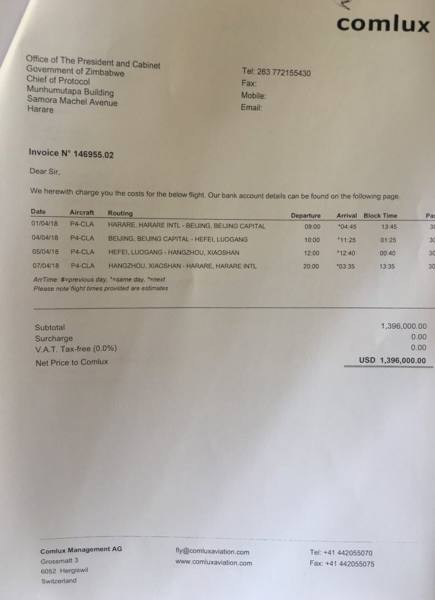 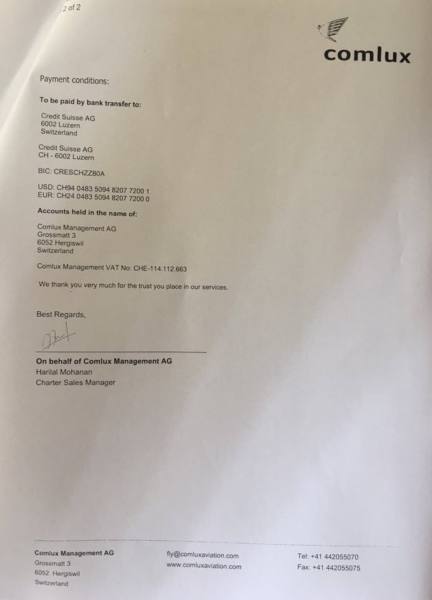