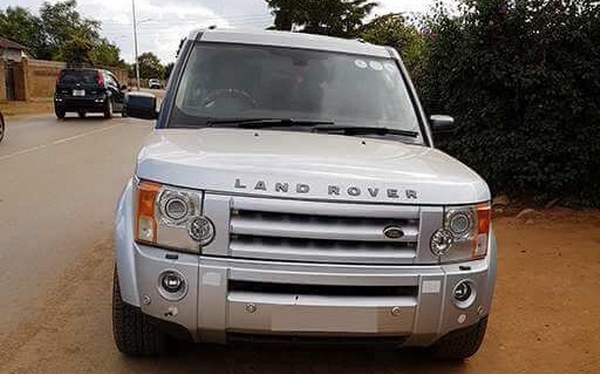 The bizarre cases of women ganging up, kidnapping men and ra_ping them has resurfaced again after a Harare man was recently drugged and driven to Rusape one early morning after being offered transport in a Toyota Prado by four women.

People are reminded of sisters Sophie and Netsai Nhokwara, along with their friend Rosemary Chakwizira, who were arrested in October 2012 after police found 31 used cond0ms in the trunk of their car while investigating a traffic accident.

They faced 17 counts of aggravated indecent assault but the case succumbed to a natural death because in Zimbabwe it is almost impossible to prove an act of ra_pe perpetrated against a man.

Traditional healers, however, claim the ra_pe acts are actually rituals to boost businesses.

Most women who indulge in the heinous act are said to be into businesses and would have been instructed by witch doctors to bring se_men from a man they share no relations with.

Traditional healer Sandra Maburuse affectionately known as Mbuya Muchadura Mamoyo said witch doctors that perform such rituals required se_men because of men’s continuous ability to produce children and be se_xually active even when they are aged.

“Normally, that is done by people who seek to boost their business and what you must know is, that same power found in men which enables them to be sexually active and bear children even when they are old (murume haapere power) will be translated to the businesses of people who use that charm,” Maburuse said.

“That is the reason why you will never hear that they have se_xually assaulted a boy who is not yet of child bearing age and normally it is perpetrated by a group.

“At our shrine we do not perform such rituals as they are normally popular with witch doctors that practice black magic. These things happen a lot and you would be surprised if you see some of the women who indulge in such acts — sophisticated women.”

In the current matter before the Magistrates’ Courts the victim was sprayed with an unknown substance around 7am in Harare and became unconscious only to wake up around 11am at a location in Rusape.

After he woke up, the women asked to have se_xual interc0urse with him but he refused and they all forced themselves on him.

He was later dumped and had to find his way back home before reporting the matter to the police.

Another traditional healer Mufaro Mukwapura confirmed that these kinds of se_xual assaults were an act of black magic.

“It is not like those women enjoy those se_xual encounters but they will actually be working.

“That is the reason why they do not care what kind of man they pick and use for the job,” Mukwapura said.

“I have also heard cases of such women who now pounce on their targets in bars pretending to be commercial se_x workers.

“They will sleep with a man for a small fee and get away with his se_men.

“At that moment it may not be of great concern what happens to the used cond0m after hiring a commercial se_x worker.

“Men must be on the look-out.”

News Muza Mpofu - 16 April 2021 0
THEY had become the best of friends and often drank together. But they fought over a woman and their friendship turned sour. According to Leslie Mkhize...

You’re not fit to be my son-in-law: Shock as ambhuya shrinks mukwasha’s manhood

News Muza Mpofu - 16 April 2021 0
HE LOVES his girlfriend and she loves him. But his evil future mother-in-law believes he is a womaniser and unfit to date her daughter. NOW, INSTEAD...

I will not let you down: Mnangagwa tells citizens as he moves to reconstruct...

News Muza Mpofu - 16 April 2021 0
PRESIDENT Mnangagwa has said he is pained by the potholes on the country’s “once great highways” while committing $33,6 billion towards the rehabilitation of...

News Nelson Bhebhe - 16 April 2021 0
A student on attachment at the National Railways of Zimbabwe (NRZ) has been arrested after he stole a Zimbabwe national flag. Munyaradzi Chingowo (25), a...

2 cars can’t cross it at the same time: Chin’ono fumes as Mnangagwa opens...

Videos & Pics Muza Mpofu - 16 April 2021 0
President Emmerson Mnangagwa this week officially opened a bridge in Karanda. The event attracted the ire of Zimbabweans on social media who criticized the...

LATEST: Prominent businessman ordered not to have se_xual intercourse with wife without her consent

News Muza Mpofu - 16 April 2021 0
A Bulawayo businessman is at the centre of a messy intimate-partner abuse storm after his wife sensationally claimed that he was in the habit...

News Muza Mpofu - 16 April 2021 0
MATSHIDISO Mokone (50) ran into the burnt remains of her shack and checked under the charred mattress – and found that her life savings...

Update on Lufuno Mavhunga who committed suicide after being bullied at school, bully arrested

News Muza Mpofu - 16 April 2021 0
A 15-YEAR-OLD girl has been arrested for the assault of Lufuno Mavhunga after her family opened a case. Lufuno, who was attending Mbilwi Secondary School,...
Loading...