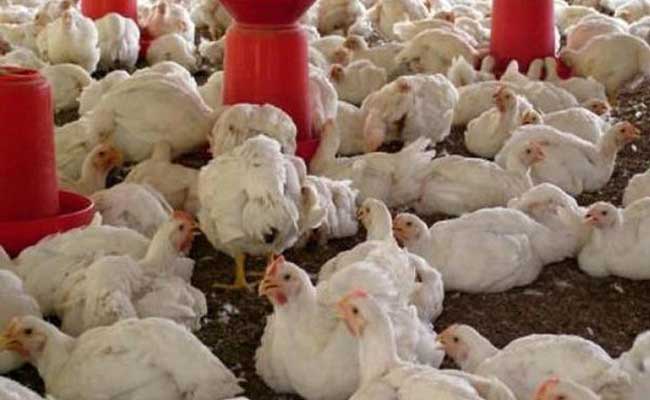 THE price of chicken has fallen from $4 per kilogramme to an average of $3,50 per kilogramme as poultry farmers have increased production after recovering from the effects of bird flu and drop in prices of stock feed.

In an interview, Zimbabwe Poultry Farmers’ Association chairperson Retired Colonel George Nare said prices were likely to further go down in the coming months as more farmers get on their feet.

“Production has gone up. We have also seen the prices of stock feed going down from $35,50 to $34 per 50 kilogrammes which has also resulted in the dropping of prices because a kilogramme of chicken which used to be $4 is now $3,50,” said Rtd Col Nare.

He said small to medium poultry farmers were, however, facing stiff competition from big companies who produce their own stock feed.

“We wish the prices would further go down to $30 because small to medium farmers are facing stiff competition from the big companies, which are producing their own stock feed. These farmers do not get them at high volume as the big companies. We are, however, grateful that things are moving in a positive direction at last but we need the process to be a little bit faster,” said Rtd Col Nare.

He said, however, the price of day-old chicks was still sky rocketing.

“The price of day-old chicks is still high, some are selling them at $100 for 100 chicks while others are charging $115, you should remember that before the Avian Influenza attack they used to go for $70,” said Rt Col Nare.

Zimbabwe was in May and July last year hit by two outbreaks of bird flu known as Avian Infuenza which reduced the supply of day-old chicks, chicken and the table eggs to critical levels.

About 215 000 birds were culled as part of efforts to contain the highly pathogenic disease.