A HARARE man is suspected to have been fatally shot by a stray bullet in a crossfire between suspected armed robbers and police last Thursday in Marlborough.

Muchesa Chatsama was shot dead by a stray bullet while in his office during the shooting, according to information gathered from several sources.

Police spokesperson Chief Superintendent Paul Nyathi yesterday said they had received a case of a man who was found dead in his office in the proximity of the shooting incident.

“We are investigating the case.

“Police followed some suspected armed robbers from town to Marlborough where there was an exchange of gun fire between the police and the suspected robbers. Four of the five suspects were nabbed while one escaped. 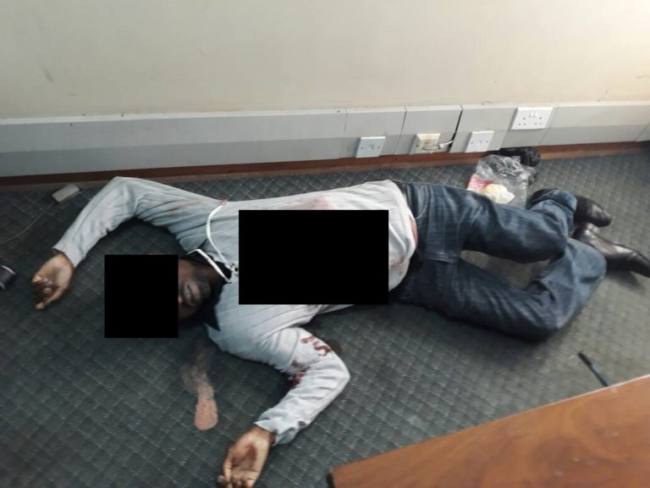 “Later on there was a report that a man was found dead in his office and police are investigating the case,” said Chief Sup Nyathi.

Chatsama’s bother Dzago Chatsama blamed the police for not being tactful in apprehending the suspected armed robbers saying rather than being overzealous after the arrests, the police had to check for any casualties.

“Feels so helpless watching your own brother covered in blood with a bullet in his chest after a police vs robbers shootout. Munhu akazvigarira muoffice make nhai wongobatanidzirwa,” said Dzago.

“After exchanging fire with armed robbers in broad daylight in a neighborhood like Malborough.

“Shuwa shuwa pachena ipapo pane Mandel paya and not even going around checking if there are any casualties. Mongobata mbavha dzenyu mobuditsa news moenda and you look like heroes,” Dzago wrote on his Facebook Page.

He likened the killing of his brother to the slaughtering of cattle.

One of his friends in a WhatsApp group for Arsenal fans, Xave Muzhandu said postmortem would be held on tomorrow while burial arrangements are still not known.

“Postmortem is set for Tuesday and we will be notified of burial arrangements,” said Muzhandu.