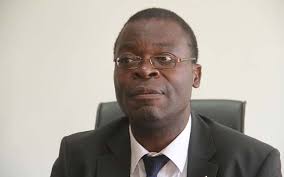 The Minister of Higher and Tertiary Education, Professor Amon Murwira has been thrown out of Zanu PF primary elections while another technocrat and former Mimosa Platinum CEO, Winston Chitando is now a definite 2018 Senatorial candidate after he entered the race uncontested in Gutu, sources have told The Mirror

Six sitting MPs suspected of belonging to the G40 faction were dropped from the primary elections by Masvingo Provincial Executive at the first stage of the party’s vetting process which took place after the close nominations on Friday last week.

Masvingo Provincial chairman Ezra Chadzamira confirmed that a lot of candidates were dropped by the province but would not give specific names. The second and final stage for vetting will be done by the elections directorate in Harare. However, there are chances that the directorate may allow the dropped candidates to stand in primary elections.

Prof Murwira was dropped from the primary elections because he has not served the party for the required five years.

Also barred from contesting in the elections is and Fungai Mahofa who is the son of the late Shuva Mahofa and prominent Bikita businessman Pascal Mudzikisi who is accused of having links with People First led by Ambassador Agrippa Mutambara.

Chadzamira will stand uncontested in Masvingo West constituency after wealthy businessman Rodrick Mumbire was barred from the primaries.

“Mumbire is loyal to individuals and not the party. He is aligned to Dzikamai Mavhaire so he was disqualified for that,” said a source in the party.

Professor Gomba who is a lecturer with Czech Republic University who flew in to hand in his CV was also struck off after he failed to meet the minimum requirements.

He is believed to be one of the technocrats earmarked for ministerial positions but flew back to his base after his election bid failed.

Meanwhile, Teachers Union of Zimbabwe (TUZ) president Lovemeore Mufamba was also barred from contesting in ward 10 Masvingo urban where he is the sitting councillor.

He was labelled a non-repentant factionalist aligned to G40 cabal which was decimated after the military during Government takeover in November last year.