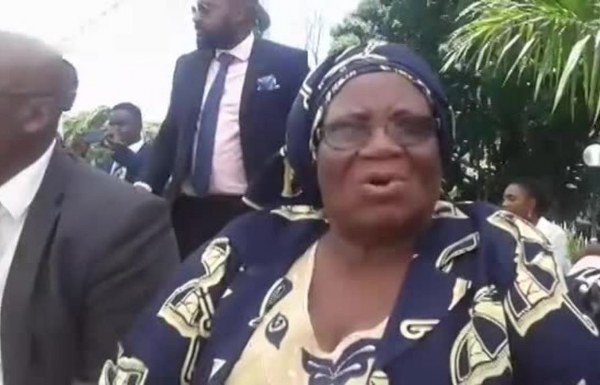 Minister of State for Bulawayo Provincial Affairs Angeline Masuku has been rushed to hospital after collapsing while reading President Emmerson Mnangagwa’s speech at White City Stadium.

Masuku collapsed after inspecting a guard of honour and standing at attention for almost an hour. Details on her condition were still sketchy and information still coming through at the time of writing.

Masuku was suspended, along with 18 other members for attending a war veterans meeting addressed by Christopher Mutsvangwa and Jabulani Sibanda in March 2016. However, in July 2017 the suspension was lifted. She was appointed Minister of State for Provincial Affairs in Bulawayo by President Emmerson Mnangagwa on December 1, 2017 following Operation Restore Legacy.