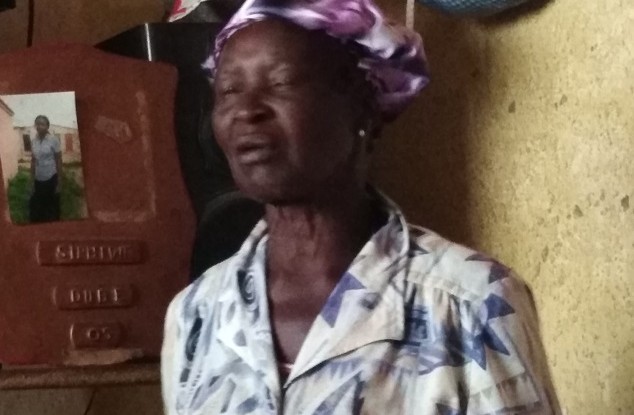 A MOTHER and daughter war got nasty when they dragged each other to court and the latter banned her mother from coming to her house.

Nolizwe Dube (40) no longer sees eye to eye with her mother Violet Dube whom she claims wants to “run” her life and turn her into a beer hall queen.

The two are also fighting over the custody of Nolizwe’s two children aged 13 and 16.

“I have been having problems with my mother for a long time ago. She destroyed my previous marriages and I will not allow her to do that again to my new marriage.

“She is jealous that I am married as she wants me to go with her to Mathonisa Beer Garden. She wants me to dance to her tune and since I refused to do so, she always comes to my place to insult me and I am now afraid she will destroy my marriage again,” said Nolizwe.

She further revealed that they were also fighting over the custody of her two children as her mother was not happy when she took them to stay with her.

“She is threatening to take away my children, but she is not fit to stay with them because I fear that since they are girls they will end up doing bad things as she will go with them to sell food at Mathonisa Beer Garden. They will then join her as she always comes home late and drunk,” she said.

Nolizwe further revealed that she no longer had peace in her life as her mother went around talking ill of her.

“Ever since I got married last year in September, she insults me and goes around talking ill of me. I have no peace in my life and I am afraid that she will destroy my marriage as at one time she came to my place and threw stones at the house we stay at around 5am.

“I want her to stay away from me and my daughters, I am old enough to make my own decisions,” said Nolizwe.

In response, the old woman dismissed the allegations saying her daughter was lying.

“She is lying. I am the one who took care of her since the time she was pregnant and up to now I have been doing everything for her. Now that she is married, she is accusing me of being jealous, I will stop going to her place,” said Dube.

Western Commonage magistrate Tancy Dube granted the interim order and the two have to keep peace towards each other.