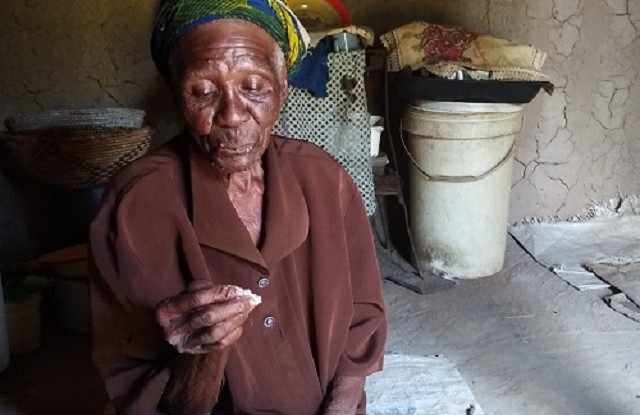 She became a lonely woman after a rabbit which she inherited from her late father mysteriously killed her husband and eight children.

Khena Ndlovu (91) of Emncwazini Village in Figtree revealed that her late father left the mysterious creature under her custody and she had no clue what to do with it.

She reportedly lived a life of misery as all her children died under unclear circumstances and it turns out that the rabbit did so to fix her.

Unfortunately after killing Ndlovu’s family, the rabbit became notorious as it sneaked into people’s homes to sleep with different women.

Narrating her ordeal, Ndlovu said: “It is unfortunate that in life there are things which you cannot change, especially some family issues.

“I do not know what my late father used the rabbit for and after his death, I do not know how I inherited it.

“It seems I was not doing what it wanted and therefore, it killed all my eight children and husband as you can see I am staying alone as my only two grandchildren also left for Botswana.”

The teary Ndlovu also revealed that she lived with the rabbit in her one-roomed hut.

Emncwazini assistant to the village head Lutah Maduna said the rabbit had become a menace to society.

“Ndlovu’s rabbit is causing havoc in the village as some women reported that although they were not staying with men, they woke up with indications that they had slept with someone.

“As villagers we then decided to consult prophets and find out what was sleeping with women and that is when we discovered the issue of the rabbit.

“Fortunately Ndlovu co-operated and it turned out she knew about the creature which was later destroyed,” said Maduna.

Ndlovu revealed that she was happy with the villagers’ decision.

“I am feeling relieved as for all these years this rabbit always tormented me and what pains me most is that I lost all my children. Anyway in life there are things you will never understand and why your parents did them.

“It is unfortunate that later in life, parents’ actions affect children like what happened to me,” said Ndlovu.