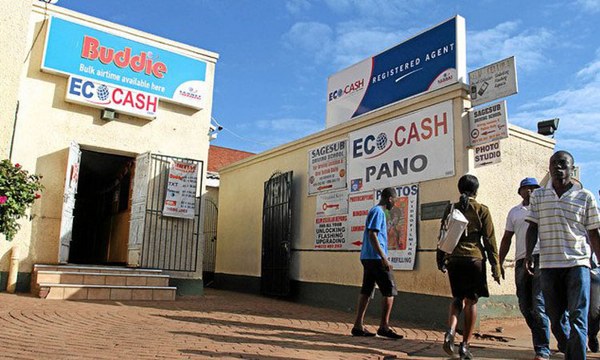 AS the wave of prophets continue to engulf Zimbabwe, a man from Gweru has sensationally claimed that he received miracle EcoCash money after a prayer by a Malawian prophet and the sender was ANGEL GABRIEL.

All EcoCash transactions show the name of the sender but not the number. The man, Mr Nobert Munyenyiwa, is among thousands who have been caught in the wave of the works of charismatic Malawian prophet and founder of the mega-church called Supernatural Embassy Ministries International, Christopher Phiri.

Prophet Phiri, who is a spiritual son of another famous prophet Shepherd Bushiri opened a church in Gweru two months ago where he is performing miracles and now commands a huge following of close to 4 000 people. People in Gweru have experienced “miracles” but last Sunday it was more astonishing when people received miracle money during the prayer session and those who were suffering from cancer, HIV and Aids claimed they were instantly healed.

In a video seen by Sunday News, congregants received money in their EcoCash accounts whose sender was allegedly Angel Gabriel. One of the congregants, Mr Munyenyiwa claimed to have received $1 000 as miracle money whose transaction record confirmed that it was sent by Angel Gabriel.

“It was during a church service when a message popped up on my phone. When I opened it showed that I had received $1 000 which was sent in two transactions. I have the money, it’s in my EcoCash account and the sender was written Angel Gabriel. I later realised that my fellow congregants had also received money from the same sender,” he said.

A woman from Mkoba 9 only identified as Mrs Mcupi claims to have been healed of HIV after seeking divine intervention from Prophet Phiri. Sunday News is in possession of her medical record showing that she was initiated on ART in 2017 and tested HIV-negative in 2018.

Health and Child Care Minister Dr David Parirenyatwa is, however, on record saying HIV has no cure and someone on Anti-retroviral treatment can only have the viral load suppressed to undetectable levels. He has also warned against people listening to prophets who claim that they can cure HIV.