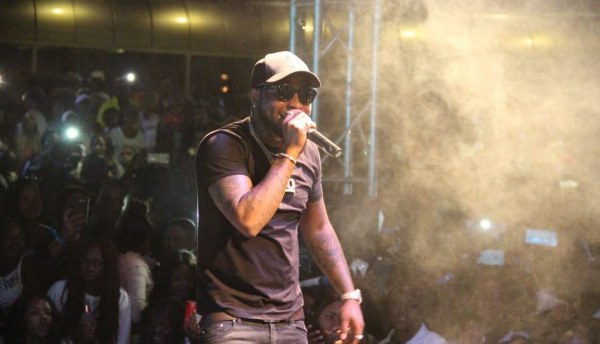 Despite that Davido gave a good act at HICC, the event was marred by violence.

Outside the imposing HICC, dog-wielding security guards ran endless battles with rowdy crowd dominated by youths who tried to force their way into the venue to witness Davido’s act.

At one point in time, the guards lost the battle as scores of the marauding youths, visibly without price wristbands or tags, forced their entrance into the venue.

While others were yearning to get into the venue, a number of suspected thieves who specialises on pick-pocketing also fought endless battles with their suspicious clients who responded physically and ruthlessly disciplined them.

Inside the 4 500-seater HICC, music-loving people were also seen physically at each other’s throat more often.

“Hey Harare, do not fight,” said Davido while trying to calm the violence.