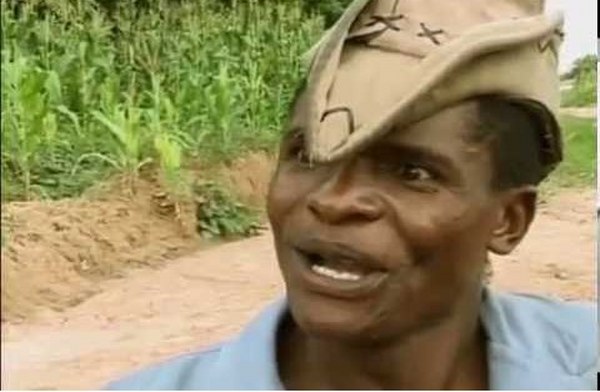 POPULAR comedian, Freddy “Kapfupi” Manjalima, has denied reports circulating on social media that he is aspiring to be a Member of Parliament (MP) for Epworth constituency.

Kapfupi said he has no ambitions to go into politics and dismissed the information on social media as a hoax. 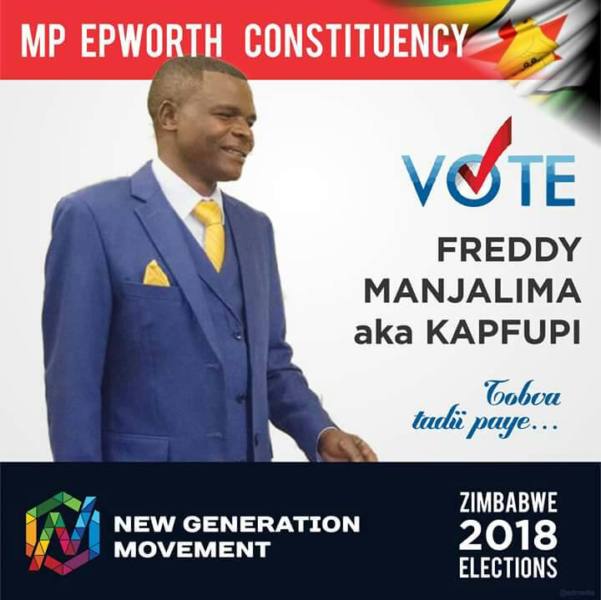 “I am now fed up of that message on social media and a lot of people have been asking me about that joke.

“These are just fans that are creating up stories and I do not know why they are doing that or the motive behind that joke.

“Maybe they see me as a leader or a person who is capable to make our community a better place, but I am not interested since I am not good at that.

“I guess it is because I am an artist who is equally popular and relevant in the entertainment industry just like Oliver Mtukudzi and Alick Macheso.

The comedian jokingly said he would want the whole nation to act comic dramas if he was given the opportunity to be an MP.

“To tell the truth I cannot discharge duties as an MP since I feel that I do not have the capacity to do so.

“If I get the chance or an opportunity to be an MP I will advise the people to get into acting.

“I am pleased by the way people treat me in our community.

“They love me so much and I like the way they respect me and I also give them the respect that they deserve too because they are the ones who promote me and my work.

FANS BASE
He claims that he has fans outside the country and he has been invited to London.

“It is pleasing to note that I have many fans that appreciate my work.

“There are people outside the country that like my personality and think that I funny and worth being around them to create an atmosphere with a sense of humour.

“I have fans as close to our neighbouring countries such as Botswana and Mozambique, they like what I do.

“I have been invited to the United Kingdom in London as a guest by the Ngwenya family this year,” he said.

BACKGROUND
The Mai Nga singer said when he started comedy it was not a planned mission.

“I never sat down and plotted to become one of the best comedians.

“It happened naturally while we were just joking and playing with my colleagues in the streets of Epworth where we then realised that people are enjoying what we were doing.

“I then started to be serious with acting and street theatre in 1999.

“That is when the whole journey started in my entertainment career,” said Kapfupi.

“I am doing more works since that is where I get most of my income to earn a living.

“I have not lost my touch and glimmer in the industry as people are enjoying my work.

“I have just released a drama titled Bvisa chigunwe mukanwa and it has been well received as people are enjoying it.

“I will not stop acting and doing music any time soon because I love doing it,” he said.

MUSICAL CAREER
Kapfupi, who is also a musician, is set to release an album soon.

“I have a project that is in the pipeline and it will soon be released soon.

“I am expecting to record six songs on that album and there is no title yet.

“I hope it will be popular like some of the projects that I have done before like Mai Nga,” he said.

News Sekai Moyo - 8 July 2021 0
Zimbabwe is likely to play an active role in the ongoing conflict in Mozambique’s Cabo Delgado region to save their ‘brother’ at war, Zanu...

Police release names and ages of people who were killed in Masvingo road Granvia...

News Muza Mpofu - 8 July 2021 0
Police yesterday named 14 of the 22 people killed in a horror crash that occurred at the 61km peg along the Masvingo-Mbalabala Highway on...

News Muza Mpofu - 7 July 2021 0
THREE people died and 15 were injured after a Toyota Granvia burst a tyre and overturned about 70kms along the Bulawayo-Victoria Falls highway. On Wednesday...

News Muza Mpofu - 7 July 2021 0
A 24-year-old Kwekwe man has been arrested on murder charges after he allegedly stabbed his landlord following a quarrel over rentals, police have said. Midlands...
Loading...