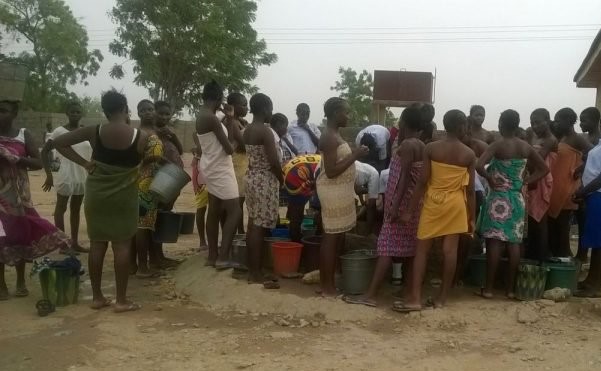 IT’S in 1989 in rural Mbembesi a few kilometres on the outskirts of Bulawayo and a rural girl Nokuthula Mpofu has just a lost her virg_inity.

It’s not a case of ra_pe or forced se_xual activity.

The se_x was consensual, both the boy and girl were willing participants in the adult game.

But there is a catch.

This is an era where the mention of the word se_x even during a casual conversation attracts a tongue lashing, or worse, a thorough hiding from dearest daddy or an uncle.

Nokuthula (we will call her by her first name) has just lost her vir-ginity. It’s not a big deal for the boy who by the way has been bragging to anyone who cares to listen in the village that he has just scored the big one but for Nokuthula giving away the valuable fruit is a matter of life and death.

Life represents marriage to the guy who took away the vir_ginity.

Death equates being shunned and branded the girl who gave away her treasure for nothing and the prospects of being shunned or frowned upon by prospective husbands.

For Memory Mhlanga, losing her vir_ginity is not about marriage or non-acceptance in society.

Her peers have done it and she is the odd one out.

She has to lose her vir_ginity to fit in the gang.

“As schoolkids we lied to one another. I really don’t believe my friends had slept with their boyfriends even if they said they had done so. I had to sleep with my boyfriend.

I was 22 years old when I lost my vir_ginity. I was in my first year at university and I was madly in love with my boyfriend, a high school sweetheart.

We had been together for a year and although our relationship was toxic, I understand why I did it,” said Mhlanga.

HIV, STIs and unwanted pre_gnancies added into the mix change the whole dimension.

Culture adds another dimension into the mix. Losing vir_ginity for African women, is not just a personal choice, especially when one is not married.

In some cultures, the extreme ones, women are shunned for losing the forbidden fruit, some disowned while in extreme cases others are brutally punished.

On a personal level, it seems society does not take into consideration what losing vir_ginity means to a woman.

Do women really move on from the first guy who took away their innocence?

The promise of marriage was enough for Linda Moyo to give in to the temptation of early se_x.

“He told me we were going to get married so it didn’t matter if we had se_x, I was going to be his wife after all. It was on Valentines Day in 2013 when he took me to his parents’ house, who were away at that time,” said Moyo.

“The setting was r0mantic for a young couple eager for se_x.

“He had prepared food to eat and there were roses everywhere and I even remember the expensive chocolates that he had bought for me,” said Moyo.

Pain, more pain coupled with a great sensation is all she recalls.

“It was painful, I don’t want to lie because I remember screaming but he kissed me and when he entered I felt some warmth and the feeling was good. I felt a connection with him and I never wanted to part with that feeling. It, was just magical,” she said.

She is now a mother of two.

The story gets interesting for another woman who chose to remain anonymous.

For the sake of the story we will call her Nomzamo.

“My husband is not the one who took my vir_ginity, my high school boyfriend did, although he later on moved out of town without saying a word. Truth be told, I loved him (ex-boyfriend). I was heartbroken when he left. I loved and trusted him,” said Nomzamo.

She has since moved on and is now married.

I really don’t enjoy se_x with my husband as much as I enjoyed it with my ex-boyfriend. I know people will judge me and say that’s not right but it’s the truth,” she said.

It’s often been said that men are as stubborn as a mule.

B-Metro canvassed for their first se_xual encounters but the thought of being part of a newspaper article, even anonymously, wasn’t worth the risk, it seemed.

Parents also have a say in what they think about their children losing vir_ginity.

Christine Ndiweni (51) wants her daughter to lose her vir_ginity on her wedding night.

“I want my child to keep her vir_ginity until she gets married, it would make me proud as a mother,” she said.

Is that even possible in this fast-paced world where teenagers believe they have the final say on issues that affect their bodies and sexuality?