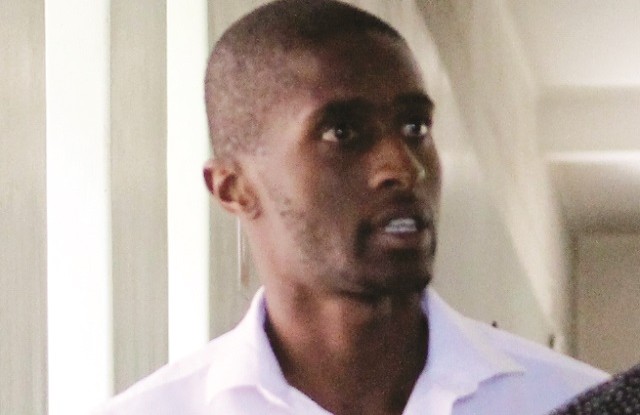 A BULAWAYO-based police officer allegedly strangled his wife before dousing her vag_ina with an unspecified poisonous substance after she refused to sleep with him.

The wife, Zanele Dube, revealed that she walked out of her marriage after her husband Albert Nyika, stationed at ZRP Nkulumane, subjected her to verbal, physical, emotional and se_xual abuse.

Recalling one of the worst incidents, Dube said before putting a poisonous substance on her gen_itals she once suffered a miscarriage after Nyika violently kicked her bulging stomach. According to Dube it was Nyika’s brutal abuse that forced her to walk out of the marriage.

Nyika’s bizarre plot to fix his wife by dousing a poisonous substance on her gen_itals was exposed at the Bulawayo Civil Court where Dube was seeking a protection order against him.

I am the applicant in this matter. The respondent Albert Nyika is my ex-husband and is of a violent nature. During the subsistence of our marriage he was in the habit of verbally and physically assaulting me.

Sometime in June 2016 he insulted and assaulted me. He also kicked me on the stomach and I was pre_gnant at that time and as a result I suffered a miscarriage. He also strangled me using his gym equipment before he put a poisonous substance on my private parts.

As if that was not enough, on 28 November that same year he se_xually abused me. It is then my prayer that if this application is not considered as a matter of urgency he might permanently injure or kill me said an emotionally disturbed Dube.

In response, Nyika disputed his ex-wife’s accusations saying she was only after tarnishing his image.

All the allegations she has levelled against me are not true. After our separation I was not even communicating with her and I am surprised why she is saying I am abusing her. She is only after tarnishing my image. I don’t have any problem even if the application is granted in her favour since I am not abusing her,” responded Nyika.