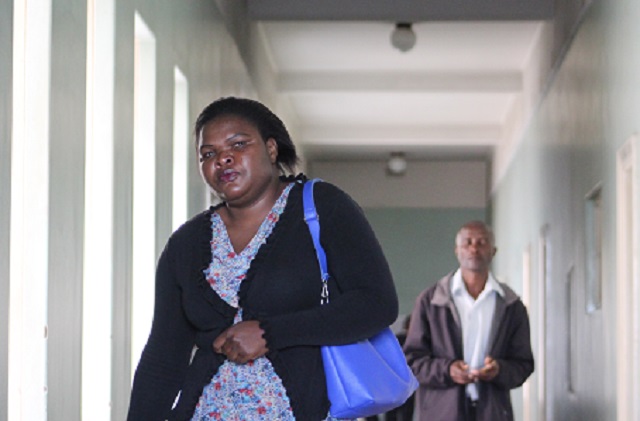 A CHEATED man broke down in court while recounting the disgrace he endured at the hands of his wife.

He accused her of degrading his dignity by violently pulling his private parts after he confronted her over infidelity.

A tearful Rodger Mamvura turned drama king when he kept on shaking his head in disbelief as he narrated how his wife Sibonginkosi Sibanda broke his heart.

Mamvura was left heart broken when he came across r0mantic text messages in his wife’s mobile phone which she was exchanging with her lover.

Mamvura gave up resistance after his wife who was applying for a protection order against him at the Bulawayo Civil Court accused him of being abusive.

“I am customarily married to Rodger Mamvura and he is violent. He has been verbally and physically abusing me on several occasions, the latest being on 25 May while accusing me of having an affair with a certain man. My husband didn’t change his violent behaviour despite the fact that I reported him to the police,” said Sibanda.

She further said her husband also threatened to kill himself if she left him, adding that she was now living in fear that he would end up living true to his threats.

Sibanda’s submissions didn’t go down well with her husband who broke down before he exposed her shenanigans.

He said he was the one being abused.

“Your Worship, I am the one who is being abused. My wife is cheating on me. Her cheating antics came to light after she bought a new phone and gave the old one to our eldest child.

“When I took the phone and scrolled I stumbled upon some love text message in which she was exchanging with her lover and part of the messages reads ‘hie sweet I am now back and I miss you more, we will chat tomorrow when I have bundles.”

“When I confronted her she then turned violent and started assaulting me before she forcibly pulled my private parts,” said Mamvura before he broke down while repeatedly shaking his head in apparent disbelief.

Sibanda, however, disputed her husband’s cheating accusations saying: “The messages were not from me but from my friend who used my phone to text her lover. I forgot to delete those messages since they were not from me.”

Turning to the issue of pulling his private parts I was acting in self-defence since he was assaulting me.”

The scorned Mamvura, however, insisted that his wife was cheating on him saying her application for a protection order was just a plot to stop him from confronting her.

The breaking point was when Sibanda blatantly told presiding magistrate Tinashe Tashaya that she was no longer interested in her husband.

Sibanda’s requests were met when the magistrate ordered Mamvura not to verbally, physically and emotionally abuse her, adding that he should also allow her to collect her property from their matrimonial home.