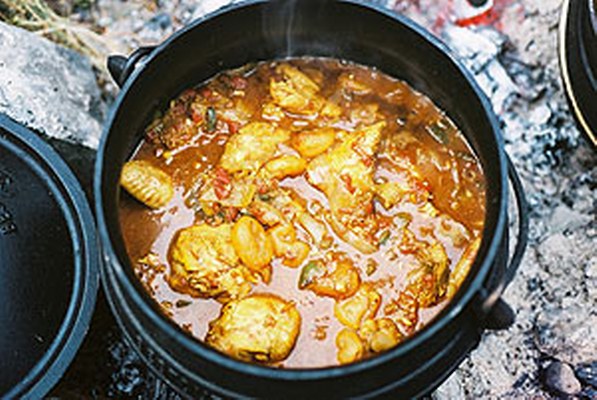 A HUNGER-STRICKEN soldier based at 4.1 Infantry Battalion in Masvingo has been fined $300 for nicking a boiling three-legged pot full of chicken stew from a fireplace in a police camp.

Magistrate Takawira Mugabe had initially slapped Emmanuel Mutandavari (33), with a six-month jail sentence, but wholly suspended it on condition he pays the fine.

Prosecuting, Fidelis Nyamukondiwa told the court that on April 22, a 31-year-old woman, Auxillia Chiwawa was cooking her chicken meat on a fireplace outside her home at Runyararo West police base.

She left the chicken to stew as she went indoors to collect a spoon and noticed Mutandavari passing, while pushing a spare wheel, the court further heard.

Moments later, she came outside to check on her stewing chicken, but found the whole pot gone.

She suspected the soldier had committed the offence and reported the matter at the police base.

Police officers then tracked Mutandavari to his house, which they searched and recovered the empty pot as he had already eaten the meat.