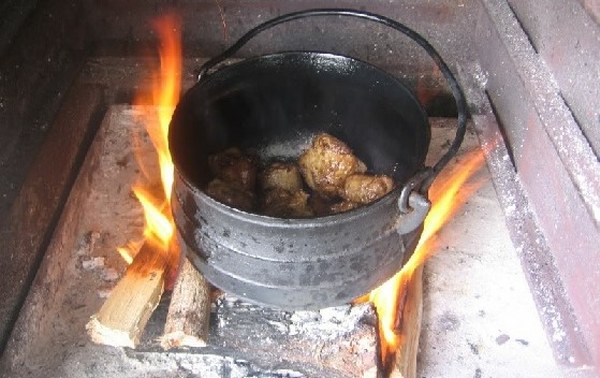 A 33-year-old soldier based in Masvingo broke into a police base and got away with a steaming pot containing chicken from a fire together with property worth a combined $570.

Appearing before Masvingo magistrate Mr Takawira Mugabe facing four counts of unlawful entry and theft, Mutandavari was convicted on his own plea of guilty.

All the four counts were treated as one for the purposes of sentencing.

Mr Mugabe fined Mutandavari $300 or 30 days in prison. Delivering sentence, Mr Mugabe said he had considered that Mutandavari was still a serving member of the army and did not want him to lose his job.

“I have not given you a custodial sentence because I wanted to save your job since you are a serving member of the army. However, next time you will not get the same favour, you must stop going around committing crimes, taking other people’s property and stealing petty things like cooked chicken meat. You should feel ashamed,” said Mr Mugabe.

In mitigation, Mutandavari said he committed the offences under the influence of alcohol and pleaded with the court not to send him to jail.

Prosecutor Mr Fidelicy Nyamukondiwa said between March 17 and April 22, Mutandavari broke into Runyararo West police base, stole a three-legged pot with chicken meat valued at $140 and cellphones from one of the police officers’ car parked outside. He also stole handcuffs and a sleeping bag. “On March 17 at around 11pm, Mutandavari went to the police base and broke into Constable Davison Driver’s room after forcing open the door by breaking a padlock.

He stole a brown bed mattress, a green sleeping bag , frying pan, kitchen knife, cellphones; Nokia 535, Nokia 1208 and a pair of handcuffs all valued at $200 and went away. He also got away with kitchen utensils that include pots and groceries worth $355,” said Mr Nyamukondiwa.

He said on April 22 at around 5am, Mutandavari passed by Ms Auxilia Chiwawa’s house and found a pot of meat placed on a cooking stand and took it away.

When Ms Chiwawa went to check on her pot, she discovered that it was nowhere to be found but she had seen the accused passing by.

The complainant made a formal report to the police who, acting on a tip off, headed to Mutandavari’s house where they recovered the stolen property and arrested him.

Property lost was worth $569 and all was recovered, including a three legged pot, at the accused’s house.

News Muza Mpofu - 4 December 2020 0
AS Zimbabwe joined the rest of the world in marking the annual 16 Days of Activism Against Gender-Based Violence campaign, which is meant to...
Loading...