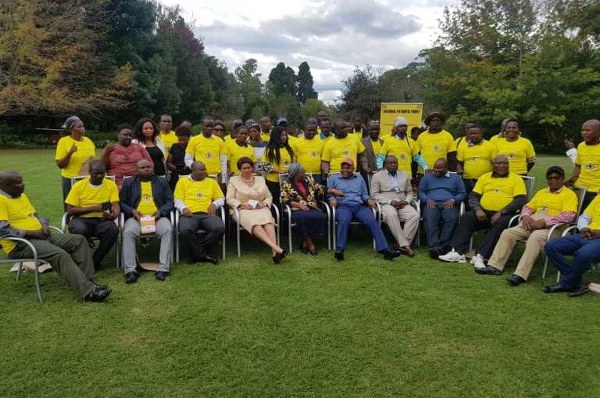 NATIONAL Patriotic Front (NPF) has promised to deliver the country from the clutches of military rule amid claims that about 5 000 soldiers were deployed around the country to psychologically and physically intimidate the electorate.

NPF spokesperson, Jealousy Mawarire made the remarks on the sidelines of the party’s inter-district meeting held at Derby Hotel in Bellevue, Bulawayo, on Sunday.

“It’s given that elections are now controlled by soldiers even the adviser to President Emmerson Mnangagwa is on record having said that the decisions are now made at KGIV. Really when you deploy army to conduct elections, I do not think you do that for elections to be peaceful, but to intimidate and coerce people, and once you force people there is no peace.”

Mawarire said his party has submitted complaints on the military meddling in the upcoming polls to the SADC mission.

He said they held a meeting with ward, district and polling chairpersons in preparation for the inaugural rally to be held in Harare early May.

“We met with the ward, district and polling chairpersons to map our campaign teams in preparation for the party leadership’s inaugural rally scheduled to take place in Harare early May this year,” he said.

“The meeting was to take stock of provincial leadership, wards, district in preparation for leadership who will be officially unveiled at our inaugural rally in Harare.”

Mawarire said 600 members attended the Bulawayo inter-district meeting, a sign that the party has the numbers. He said it was proof that NPF was now a fully-fledged party that could challenge Zanu PF.

“It’s very encouraging that we should mobilise the people to such a magnitude in a short space of time the party has been in existence. Just imagine close to where we held a meeting, there was a Zanu PF polling station, but people did not go there instead attended the meeting in their numbers. This shows that we have numbers and we will return the country from the military rule to the people come election this year,” he said.