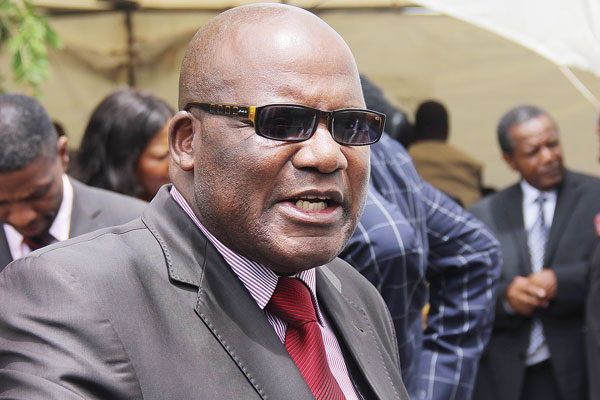 Several Zanu PF bigwigs and sitting legislators have fallen by the wayside, preliminary results of the party’s primary elections show.

In Manicaland Province, Minister Mushohwe lost the Mutare West National Assembly seat to Cde Teedzerai Muchimwe, while other results on the ground indicate that Cde Misheck Mugadza has taken over the baton from Cde Irene Zindi in Mutasa South, while Cde Misheck Mataranyika won the popular vote in Makoni South.

In Mashonaland East Province, Minister Bimha tops the list of incumbent legislators to have fallen by the wayside after losing to Cde John Mangwiro by over 3000 votes in Chikomba Central.

Out of the 18 constituencies whose results have been released, only six National Assembly members have been retained.

New faces were also ushered in in Matabeleland South Province, with the Provincial Minister of State, Cde Abednico Ncube being the major casualty after losing to Cde Ompile Marupi in Gwanda South.

The results are yet to be verified by the National Commissariat Department and the Politburo.

News Sekai Moyo - 6 December 2021 0
GOODNESS and Mercy Ministries Founder, Prophet Tapiwa Freddy trial has been set for the 6th of January 2022 when he appeared for his routine...

Dewa Mavhinga’s cause of death revealed: ‘He had just returned to SA from a...

Blog Edmore Huni - 6 December 2021 0
IT was with great shock that I heard the sad news of the death of renowned human rights lawyer Dewa Mavhinga on Saturday through...

Bleak Christmas for diasporans: New Covid-19 regulations to affect a lot of travellers

News Muza Mpofu - 6 December 2021 0
Health controls at Zimbabwean borders and travel restrictions imposed by many other countries on Southern African travel have made it difficult for Zimbabweans living...

Villagers overjoyed as Nelson Chamisa reveals what will happen in Zimbabwe when he gets...

Sad scenes as 4 men bash man to death after he accused them of...

News Muza Mpofu - 6 December 2021 0
FOUR men have been arrested after they fatally assaulted a man after he accused them of stealing his R400. Police on their Twitter page said...

HORROR: Woman on the run after stabbing husband to death following a violent domestic...

Douglas Mwonzora pushes for dialogue with Mnangagwa to form GNU: I’m ready to be...

News Tanya Mugabe - 6 December 2021 0
MDC-T president Douglas Mwonzora has told his supporters that he is ready to become Zimbabwe’s Prime Minister as he pushes for dialogue with President...

Mnangagwa is a user, he used Chiwenga in 2017: Jonathan Moyo fumes over Chiwenga’s...

News Sekai Moyo - 6 December 2021 0
A Zanu PF faction loyal to President Emmerson Mnangagwa is said to be actively pushing for the ouster of vice president Constantino Chiwenga with...

SO SAD: Woman hangs self after getting tired of staying with a jobless and...

News Cynthia Goba - 5 December 2021 0
AN End Time Church member in Chipinge who was tired of staying with an unemployed and broke husband stormed out of a church service...
Loading...