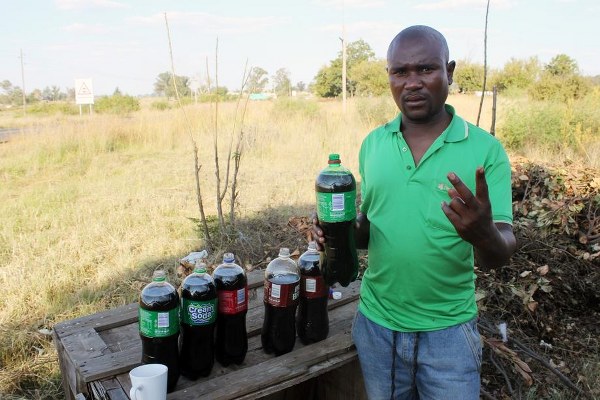 But now the herbs that help men who suffer from weak ere_ctions have landed him in trouble.

He found out his love potion apparently causes customers to shoot from two barrels, leaving them with twins.

When Daily Sun arrived at the spot where Pule, from Khutsong in Carletonville sells his imbiza, client Moses Ngwenya (66) was there to complain.

“Babies are expensive these days. How are we going to support so many?” he said.

“I have six kids already.

“What am I going to do with two more at this age?”

“I’ve always used the same herbs I get from North West. People haven’t complained before now.”

But within five weeks, six of his customers have complained that they conceived twins.

“I don’t know what I’m going to do. This is the only source of income I have. I can’t stop making imbiza,” Pule said.

Simon Mbatha (52) from Khutsong said: “I’m not happy at all. I didn’t want twins and that boy didn’t even bother to tell me his imbiza would do this. I will take further steps.”

Customer Khutso Mabena (48) and his wife Maria Mabena (46) from Randfontein told Daily Sun all they wanted was to boost their se_x life and not have lots of kids.

“How are we going to raise them since we aren’t working?” asked Maria.

Sipho Mbele (44) said: “I’ll give him these twins. He knows what he put in that imbiza. It’s more than I bargained for.”