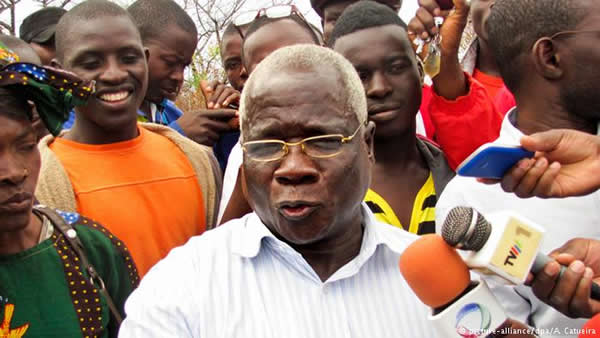 For 39 years, Dhlakama led Renamo, the rebel group which fought a 16-year war against the ruling Frelimo party until 1992 and then emerged as an opposition party that still retained armed fighters.

He had been in hiding since 2013 in the remote Gorongosa mountains as sporadic conflict again erupted in the country.

But Dhlakama had recently held meetings with President Filipe Nyusi and he was seen as playing a key role in the country’s developing peace process.

In December 2016, Dhlakama announced a truce with the government, which appeared to be moving towards a possible formal peace accord.

Nyusi and Dhlakama met in February in Gorongosa to discuss disarmament and reintegration.

They had agreed on constitutional reforms that would decentralise power.

The reforms, currently under debate in parliament, will allow voters to directly elect provincial governors, who at present are appointed by the president.

Renamo has long sought greater decentralisation of power — and better integration of its supporters into the police and military, which remained sticking points in discussions.

Mozambique will hold presidential, legislative and provincial elections in October 2019, with observers saying Renamo has recently increased its public support.

Frelimo has ruled the country since independence from Portugal in 1975.