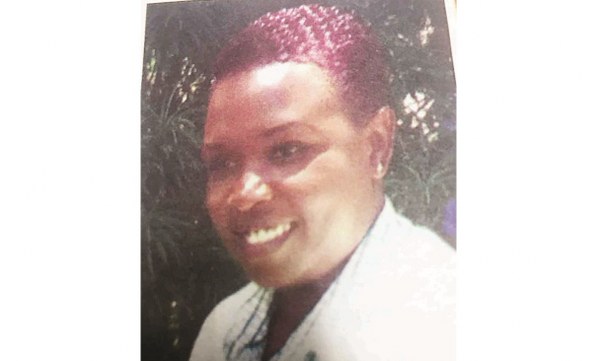 Sharon Mawedze vowed that she is not Banda’s lover and also claimed she separated with the man who allegedly assaulted Banda two years ago.

She narrated how she has been living in hell ever since she separated with her husband in 2016 as he stalks her and abuses her whenever he wants.

She says she left her matrimonial house two years ago and has been living in Kambuzuma at her parents’ home but her ex still comes there to assault her or insult her, like he allegedly did on Thursday night.

Banda’s pictures went viral Thursday night amidst claims that he had been attacked by his lover’s husband.

“Spencer Banda is not my boyfriend, I started knowing him personally last year through my business partner when we approached him seeking for a business deal in which we would supply him with sportswear.

“We signed a deal and this year I began supplying him, the relationship we have is purely a business one,” said Mawedze.

Mawedze claims to have filed a protection order against her estranged husband Michael Mawedze who apparently has been stalking her since their separation in 2016.

“I have filed for a protection order against my ex-husband who is continuously stalking me since our separation in 2016,” she said.

Mawedze claimed that Banda had come to collect his order when her ex-husband and friends attacked them.

“Just recently, he wanted me to supply 50 pairs of stockings for his rugby team but I only managed to supply 40, he called me on Monday last week reminding me that it was the Dairibord Rugby Festival week so I had to supply the stockings urgently,”

“So on Thursday night, Mr Banda came to my place at around 9pm to collect the order.

“He parked at the front of my gate and I went into his car, at the back seat and began counting the socks then I told him that we had to go and collect the other pair just around the neighborhood,” said Mawedze.

It was on the drive around the neighborhood that they were pounced on but she was the one driving.

“Mr Banda asked me to drive because he was not well versed with the streets of Kambuzuma and I agreed because it would be faster if I drove because I know the place very well and as I drove, a car just came and parked in front of me blocking the way and we both thought we were being attacked by robbers as I had not realised that it was my ex-husband,”

“Three men came out the car coming straight to open the door and started attacking Mr Banda beating him till he seemingly lost consciousness,” she said.

She added that they dragged him to a nearby house to see if he was conscious or not, and when they realised he was, they sat him on the verandah and began taking pictures of him. They went on to strip him of his T-shirt and took his shift bag from the car and began throwing them all over the place for it to seem like he had taken them off while with her.

When they got to the police, Michael Mawedze is said to have confessed that someone had told him that his wife was seeing a man at the gate and that’s why he came to attack them without sufficient proof of whether they were dating or not.

“He is always stalking me and it’s not the first time that he has attacked me. In January he came to my lodgings attacking me and accusing me of being a prostitute and had promised me that he was going to embarrass me so I guess this is it.”

When asked whether she has moved on relationship wise, Mawedze said: “Since 2016 when we separated I have been single, just focusing on growing my business like I was doing when we got attacked,” said Mawedze.

When asked whether she has proof of the business relationship she has with Banda, Mawedze could not provide it.

“I don’t have any proof to show that the relationship I have with Mr Banda is purely a business one but the stockings he was collecting can serve as proof because they are here and also my supplier can testify that I deal in sportswear” said Mawedze.