EXILED former local government minister Saviour Kasukuwere has responded to charges of treachery by G40 colleagues who claim he is now working with the Zanu PF government and seeking a return home.

The development comes as their fledgling National Patriotic Front (NPF) party, which was backed by former president Robert Mugabe, appears to be floundering with bitter recriminations.

Kasukuwere, along with ex-cabinet colleagues Prof Jonathan Moyo and Patrick Zhuwao, escaped into exile after last November’s coup and were widely believed to be behind the formation of NPF with the support of Mugabe and his family.

However, this week Zhuwao and Moyo sensationally accused Kasukuwere of betrayal, claiming the former Zanu PF political commissar has, over the past five months, been negotiating a safe home return with President Emmerson Mnangagwa’s government.

Moyo further suggested that Kasukuwere had long taken a shine to the “coup government” by recalling that the former local government minister urged Zimbabweans to “embrace the new dispensation” as the trio left the country for exile last November. 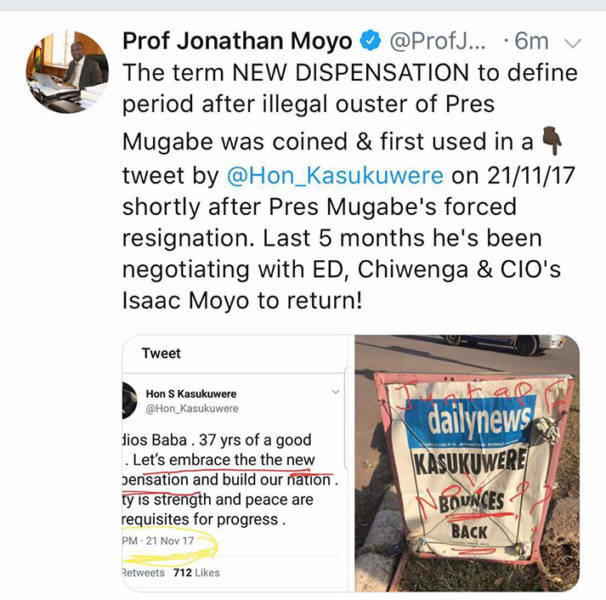 Responding briefly on Twitter, Kasukuwere said he did not require anyone’s permission to return home.

“Zimbabwe is my country. When I decide on my on (sic) to go back to my country, I will. I don’t need to seek permission from anyone,” he said. 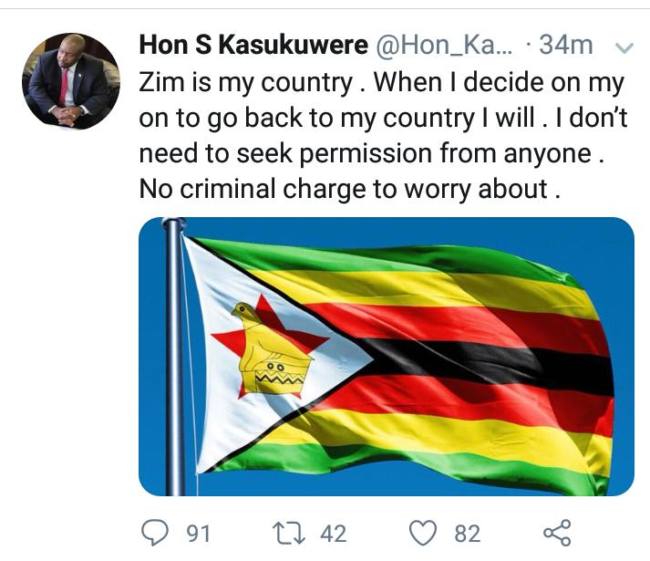 Kasukuwere has been linked with a leadership bid for the NPF, to replace interim president Ambrose Mutinhiri who is seen as ineffective by sections of the opposition party.

However, Zhuwao was emphatic that Kasukuwere cannot lead the party.

“I do not support nor subscribe to the notion that Kasukuwere should lead the real NPF,” the ex-empowerment minister said in a statement this week.

“Having politically interacted with Kasukuwere since joining the ZANU PF Youth League’s National Executive over one and a half decades ago, I am not convinced that he is an appropriate person to lead the real NPF.”

“It is pertinent that we make it clear that the current leadership structures were born out of a deliberate process involving the founders of the party whose mandate at this formative stage is to identify competent and dedicated cadres to fill the important positions in the party and that process has always been led by our president Retired Brigadier General Ambrose Mutinhiri,” Mawarire in a statement Tuesday.

“Attempts by some cadres, identified and appointed to specific roles by the party’s founders, to arrogate themselves powers to impose leaders of their choice is patently unconstitutional as these appointed officials have not been subjected to any electoral process themselves.

“If there is need for leadership configuration, in line with our elections strategy, the process will be led by president Mutinhiri and other founding members of the party.”