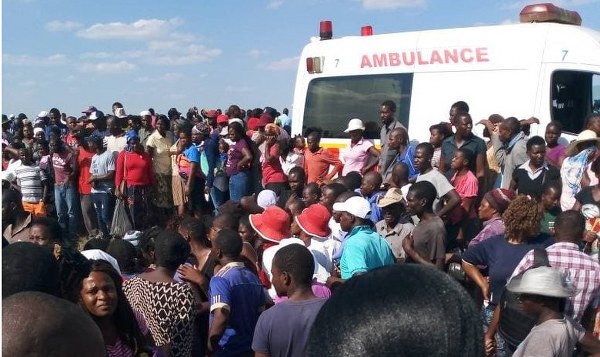 One pupil died while more than 12 others were seriously injured today when a commuter omnibus they were travelling in overturned along the Simon Mazorodze Road, near Southlea Park turnoff, a few kilometres from the Harare CBD.

According to police, the driver lost control of the vehicle and it rolled several times, killing a girl on the spot. The injured were taken to a local hospital for treatment.

National Traffic police spokesperson Inspector Tigere Chigome confirmed the accident and said it occurred just before the tollgate along the Masvingo highway.

“The commuter omnibus was ferrying secondary school children from Highfield area and heading towards Southlea Park when the accident occurred around 1pm,” he said.

He attributed the accident to speeding.