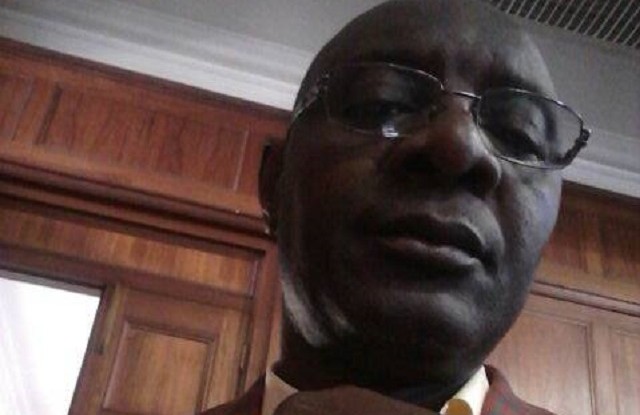 ZIMBABWE International Trade Fair (ZITF) board chairperson and managing director of First Mutual Life is involved in a nasty maintenance battle with her bitter ex-lover who is demanding to be financially supported for life with $3 800 per month.

This is despite them having not stayed together for more than two weeks during the subsistence of their one-year and childless customary union.

In his papers filed at the Bulawayo Maintenance Court under case number M493/ 18 Wilson Sezi, based in Bulawayo stated that his estranged wife Ruth Ncube was legally liable to keep his head above water with $3 800 per month.

The matter which was initially heard on Thursday before presiding magistrate Sheunesu Matova was postponed to 16 May for enquiry.

“I, Wilson Sezi, make an oath that I am unemployed and earn nothing and that Ruth B Ncube, is the responsible person legally liable to maintain me. She is employed by First Mutual as a business marketer and earns approximately $16 000 per month and she should be well able to pay me $3 800 per month,” reads part of Sezi’s affidavit.

Meanwhile, Ncube in her opposing papers refuted Sezi’s claims that they were once customarily married.

She said Sezi was infact her former boyfriend who even failed to pay in full the US$800 he was charged for kangaziwe, money that confers upon a suitor the status of being a customary law husband adding that in the absence of payment of that amount in full, in their culture there was no relationship of husband and wife that can be established.

She said for the one year they have dated the longest time they have been together was for two weeks and that was in 2016.

In a counter-like fashion, Ncube argued that her ex-lover’s suit was a weapon of harassment being set against her.

“I wish to oppose the application for a number of reasons. Firstly I am not a spouse of the applicant. Applicant has not even bothered to advice the court how he concludes that I am a spouse to him.

“Applicant was introduced to me sometime in or about January 2016 by a friend. I as a widow warmed up to the idea of having male company from time to time. When I met the applicant he projected himself as a Christian and businessman of note who unfortunately had lost his wife through death.

“I started d_ating the applicant sometime in May 2016, I met the applicant’s sisters in Shurugwi. Subsequent to that, the applicant met my own people and in particular my brother to whom he declared his love for me and indicated that he wanted to marry me,” said Ncube.

She said according to her brother, the family asked for the payment of US$800 representing what in her culture is called kangaziwe.

“On the first visit the applicant was asked to pay and he paid US$200 as sivulamlomo a token to allow him to state his case. In August 2016, applicant visited my brother and paid US$700 for kangaziwe and undertook that the balance was to be paid later.

“Thereafter, I then learned that the applicant had multiple sexual relations with a multiplicity of women and I confronted him. At some point I was shocked when the applicant’s maid disclosed to me that the applicant was demanding to have sexual intercourse with her persistently.

“Applicant and his family started persuading me over a period of time to go through the whole customary process in order to marry the applicant but I was sceptical.”

She said in December 2016 she battled to get the applicant out of her life and each time she told him that she was no longer interested in him, Sezi would threaten to kill himself and leave a suicide note in which he would say that he died because of her.

“I eventually managed to get rid of the applicant sometime in 2017 and for nine months now I have never had sight of the applicant except that he has continued sending threatening messages to me.

“I must add that during the one year period which I dated the applicant, I never spent more than two weeks with him and that was less than four occasions. As indicated the longest time I have ever been with the applicant is two weeks in 2016,” said Ncube.

She added: “I am advised, which advise I accept, that I have no legal obligation to maintain the applicant as I am not her spouse.

“This claim is frivolous and vexatious. Applicant’s monthly budget according to him is $13 033, that is what he consumes per month. Of this amount applicant wants me to contribute US$3 800.

“What it means is that applicant earns US$9 233 per month from his own means.

“He desires that I top up to US$13 033 so that he is maintained. I am advised by my legal practitioner which advice I take that in terms of the law, a relief in the form of an order for maintenance is not a gateway ticket to luxurious means.

“It is a relief to secure the basis of survival. At US$9 233 net earning the applicant earns more than the Government ministers do in this country. Applicant has also vowed that he would embarrass me.

“He has threatened that he desires that I should suffer the indignity of adverse publicity. Arguing that while he has nothing to lose, I will certainly lose a lot.”

Ncube said even assuming that there was a customary law marriage between her and the applicant such marriage ceased to exist more than three months now therefore she was not a responsible person within the meaning of the Act.

Her brother Lucky Mthunzi also filed his papers in which he confirmed that there was no marriage between Sezi and his sister.

“As indicated no customary law union is complete in our culture without full payment of ukangaziwe. I only regard the applicant as a former boyfriend/lover of my sister not a husband.

“Sometime in December 2016, the applicant’s people approached me and my family begging us to persuade the respondent to proceed with all traditional requirements so that applicant would marry her.

“Other family members and I refused to engage the applicant and made it clear that as long as our child, the respondent was no longer interested in completing the marriage, we were ceasing further engagement. That was the end of my dealings with the applicant,” Mthunzi stated in his affidavit.